By Frank Lessiter posted on December 5, 2020

In the 350 pages in his latest book, British farrier Simon Curtis offers you the opportunity to travel along as he spends a day or two with 60 farriers working in 21 countries around the world.

Without needing a passport or leaving home, the more than 500 photos in this over-sized, beautifully illustrated and coffee table book honors the essential people who shoe horses, the variety of horses used in many different ways and the environments in which farriers work in all corners of the world.

“The Farrier is my personal look at the horse world through the eyes of a farrier,” he says. “It is my tribute to the skilled craftswomen and craftsmen who are essential to equine performance and health.”

Growing up in what is now a 5-generation English horseshoeing family, Curtis lives near Newmarket where he has trimmed and shod Thoroughbreds during a career that started when he was 16 years old.

Curtis has lectured and demonstrated hoof-care techniques in more than 30 countries on six continents, only skipping Antarctica, which has no horses. He’s also published four technical books on trimming and shoeing techniques and produces the “Hoof of the Horse” podcast series. (To listen to any of more than 40 of these sessions, search for “The Hoof of the Horse” on your preferred podcast app.)

Throughout the book, Curtis offers a half dozen or so photos on each farrier, along with a few comments about them and their work. There are images of the farrier, equipment, horses he or she tend to and the environment where they live and work that are featured in the pages devoted to each shoer. (I love the titles Curtis gave each person featured in the book, as shown in the parenthesis after the name of each farrier.) 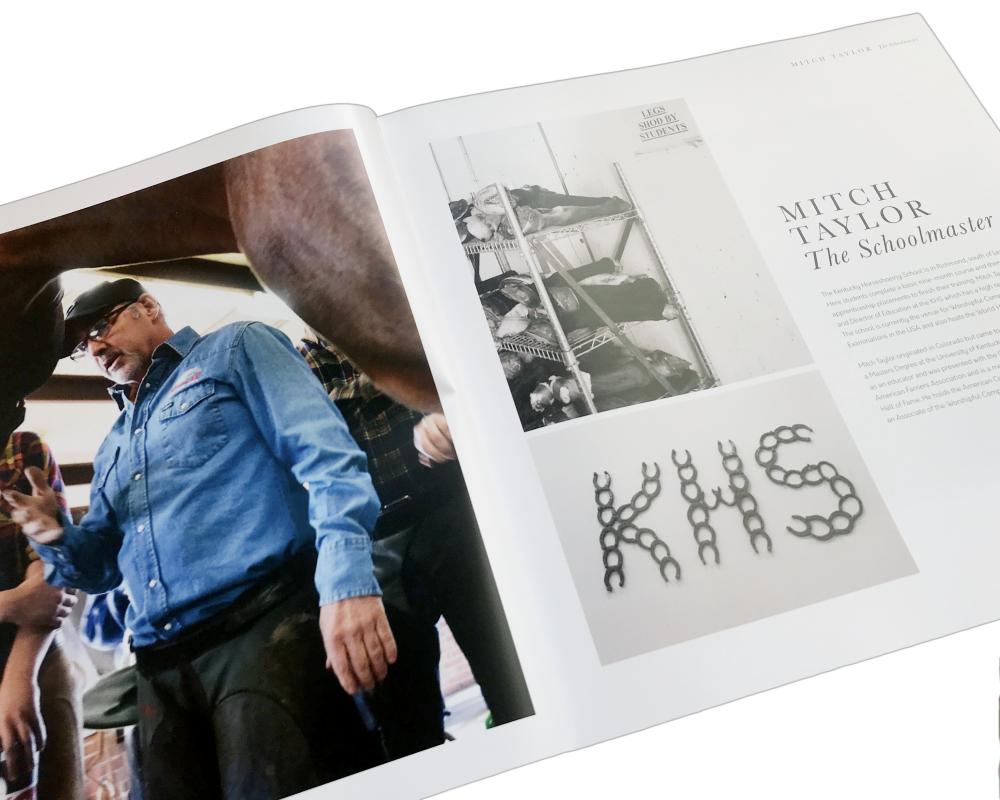 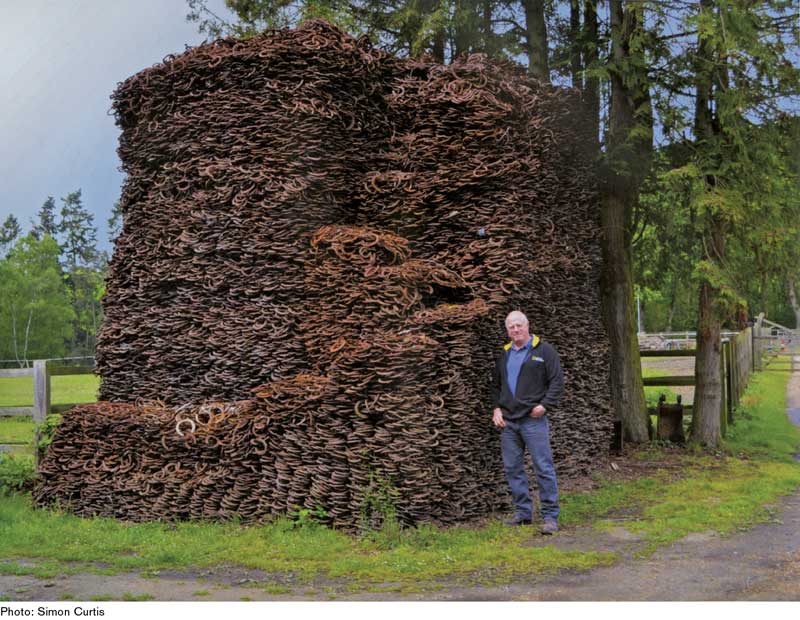 Robin May (The Collector) of Leicestershire, England, has saved the shoes he’s nailed on over the past 40 years. Could this be the largest stack of used horseshoes in the world?

Stateside, Curtis spent time with five farriers. One was Dave Farley (The Mentor and Acolyte) of Wellington, Fla.; Mitch Taylor (The Schoolmaster) at the Kentucky Horseshoeing School in Richmond, Ky.; Bob Pethick (The Commuter) of Bedminster, N.J.; Hans Albrecht (The Old German) of Versailles, Ky.; and Steve Stanley (The Standardbred Shoer) who works out of a shop at the Red Mile harness racing track in Lexington, Ky.

Weighing in at 6 pounds, the book features more than 500 photos that farriers will enjoy viewing time and again. Sharing these images is an ideal way to show off the importance of your profession throughout the world.

Just make sure you have a sturdy coffee table on which to place this monstrous book!

Filling The Area Between Farrier & Vet