By Kristen Kubisiak posted on October 2, 2020

For more than 3 decades, the American Farrier’s Association (AFA) has been sending a group of the country’s top farriers to horseshoeing competitions across the continent and beyond. This year has been an unprecedented break from tradition, as COVID-19 concerns curtailed many public events including farrier clinics and contests. 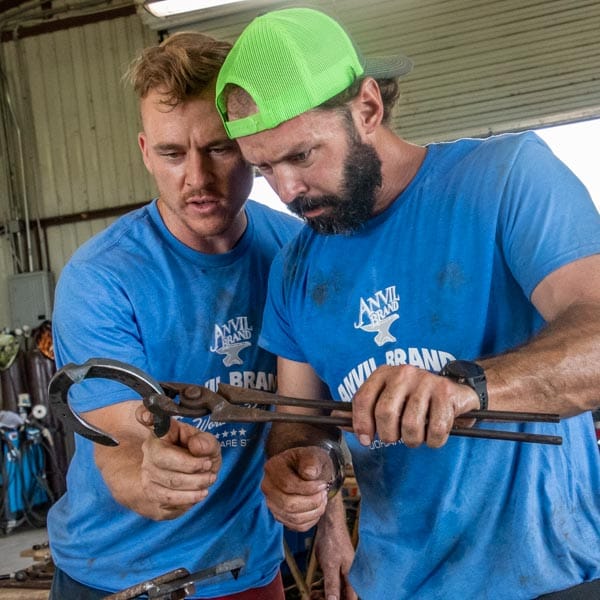 “It has definitely not been a typical year for competition,” says Adam Fahr, CJF, of Paragould, Ark. Fahr is one of the four members of the 2020 American Farriers Team (AFT), which was announced at the conclusion of the AFA annual convention in March. He and his teammates earned their coveted spots by achieving the highest point standings in the North American Forging and Horseshoeing Competition at the convention. The other members of the team are Oklahoma farrier Patrick Dutton, CJF; Alabama farrier and team captain Daniel Jones, CFJ; and Texas farrier Sawyer Spradling, CJF. Pennsylvania farrier Caleb Swarr, CF, serves as alternate. Travis Smith, CJF, also from Pennsylvania, is the team’s manager.

Since March, the members of AFT have spent much of their 2-year term as a competition team without competitions as contests were delayed or cancelled. The team finally had the opportunity show their mettle at the World Championship Blacksmiths Southeastern Team Challenge on Oct. 1-3 in Burlington, N.C. In anticipation of the event, the team held several practices at Fahr’s shop, gathering over long weekends in August and September to find their rhythm.

“There is some choreography to it,” says Jones, who has been shoeing horses for 25 years and has been on the AFT four times. Jones is also the recipient of the AFA’s Jim Linzy Outstanding Clinician Award (2018 ) and the Allen Smith Award for Excellence in Administration at the national convention (2019).

Fahr procures practice horses for the team’s timed trials from Children’s Home for Life, a residential care facility for disadvantaged youth, and one of Fahr’s accounts. Typically, Fahr only trims those horses.

“It’s a win-win,” Fahr says. “They get free shoes and we have horses to practices on. I just pick them randomly so it’s a lot like the day of the competition. It’s really luck of the draw what kind of horse you’ll get.”

Over one weekend, the team practices the tooled and fullered class three times, making a front toe clip, hind ¾ fullered; the ¾ fullered class once, making a Masselotte toe clip front and hind; and the draft class twice — one time with the horse — making plain stamped Masselotte toe clips. Teams had 2 hours to complete the tooled and fullered and ¾ fullered classes, and 2 ½ hours to complete the draft shoes. They invited Auburn, Ala., farrier Andrew Wells, CJF, to evaluate their work. Wells was a member of the AFT in 2016, and is frequently tapped as a judge and clinician.

Having Wells act as a judge during the trials gave the team much needed feedback, but also a more accurate picture of their time management skills.

Besides the team practices, the members of the AFT also log many hours before the sun rises and long after their regular shoeing work ends alone at the anvil, honing their techniques. The goal is that the practice pays off in competition, but the net effect is personal improvement that members can see in their day-to-day horseshoeing.

“I’ve never improved so much, so fast — in trimming, fitting, forging — everything,” says Spradling, a first-time AFT member who shoes mostly reining and cutting horses.

Like Spradling, Fahr is also enjoying his first year on the AFT, although he has been on other competition teams over the years. He shoes a variety of disciplines in his haul-in facility, River Bottom Forge.

“All of the practice makes you more efficient,” Fahr says.

From Competitors to Industry Ambassadors

The AFT got its start as the North American Horseshoeing Team in 1979, when the Irish Horse Board invited the AFA to send a team to participate in the Royal Dublin Horse Show. International Horseshoeing Hall of Fame members Bruce Daniels, Gordon Haight and Randy Luikart, along with Jeff Dodridge,  were on the first team, which was coached by Hall of Fame farrier Bob Marshall.

Today team members are charged with not only representing the AFA at national and international competitions, but also acting as horseshoeing industry and AFA ambassadors, sharing their knowledge as clinicians and promoting the professional development of farriers.

“You should never stop learning,” says Jones, who is an AFA pre-certification instructor. “You’re never too old to learn.” 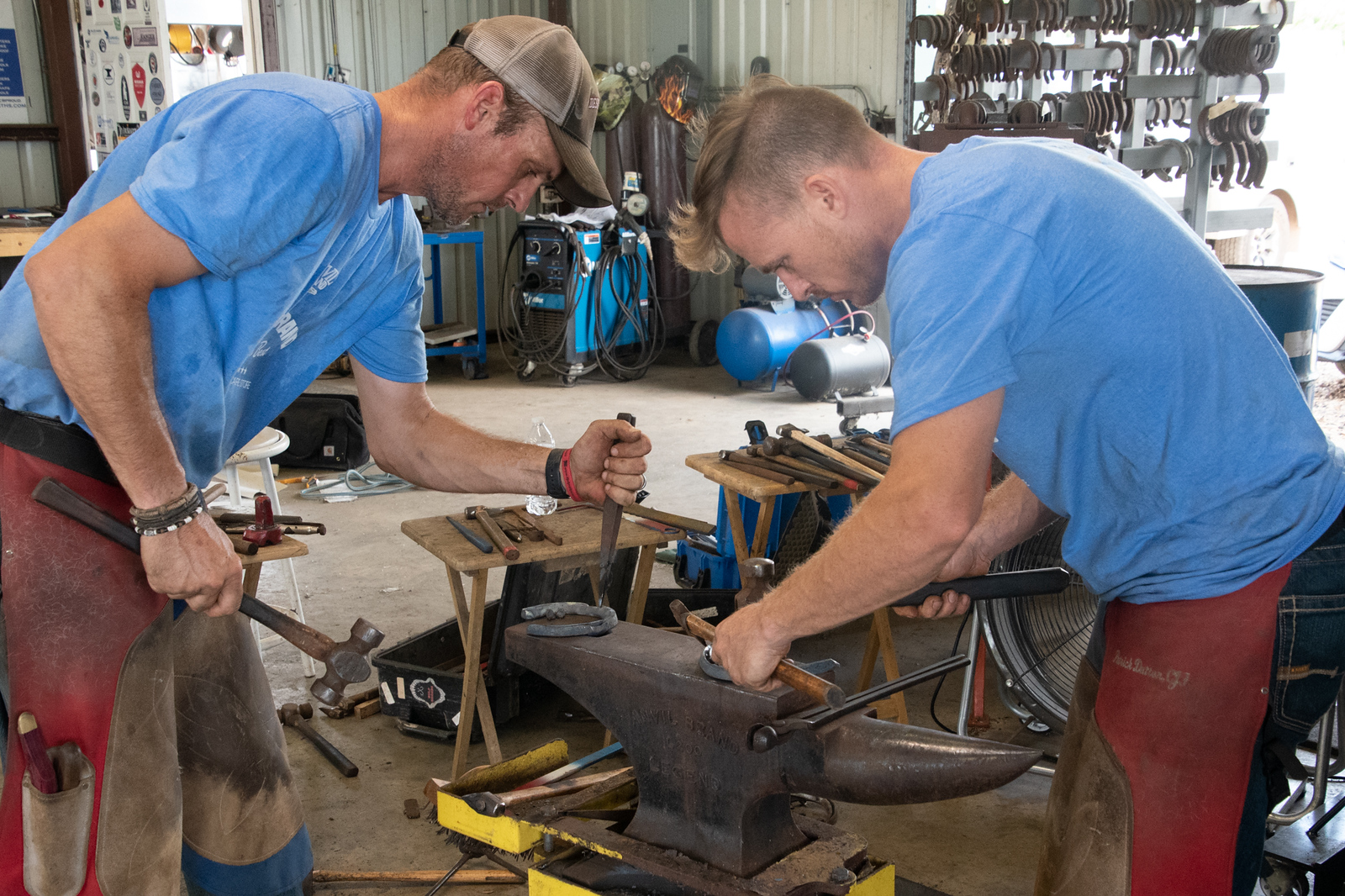 Dutton, who is on the team for a second consecutive year, praises Jones for his ability to mentor the less-experienced members on the team.

“He’s a really great leader,” Dutton says. “He can point out the areas that you need to improve and offers advice to help you.”

At any competition, no matter which team comes out on top the clients and their horses are the ultimate winners for all of the skills farriers gain.

“The more you compete, the better you can become as a farrier, which is better for your clients and the horse,” Fahr says.

What’s the Average Yearly Income for U.S. Farriers? | Did Your Hoof-Care Business Benefit from Clients Spending More Time Riding Their Horses During COVID-19?

Are Farriers the Least Affected by COVID-19 in the Equine Industry?