NRCHA Inducts California Farrier Into Its Hall Of Fame

Joe Magistri is the first horseshoer to receive the Vaquero Award

A California farrier was inducted into the National Reined Cow Horse Association (NRCHA) Hall Of Fame after becoming the first horseshoer to receive the Vaquero Award.

The NRCHA honored Joe Magistri on Oct. 18, 2018, for contributing to the cow horse industry and upholding the traditional ways of being a farrier and a cowboy. 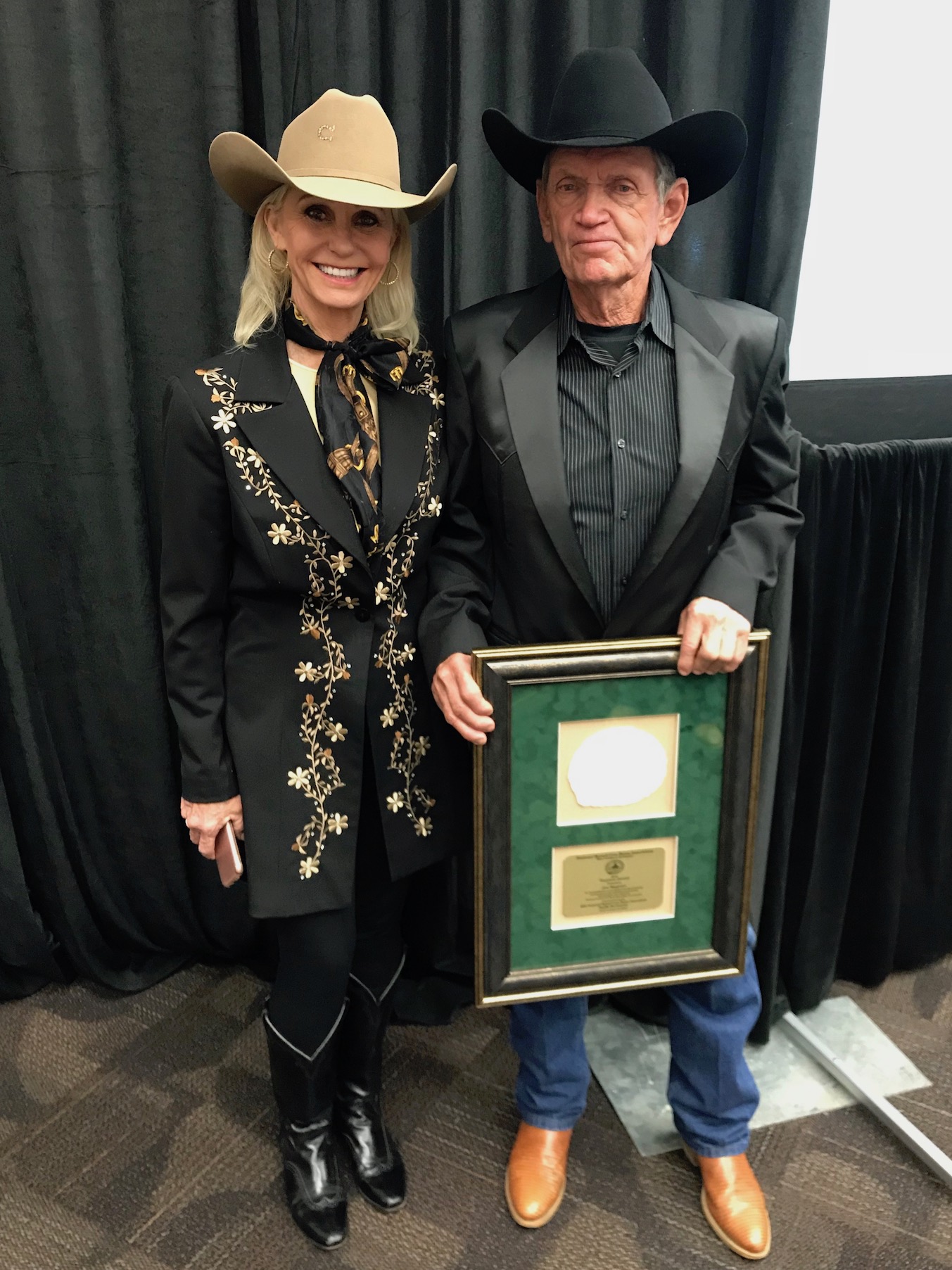 Magistri might be 75 years old, but he’s not slowing down. He’s still riding, competing and shoeing. He works 4 days a week with one or two helpers a day.

“Just the other day, he shod 12 horses with two helpers,” his son Paul told American Farriers Journal. “And he touched every foot.”

Magistri’s passion for horses started at a young age when he watched cowboys on television.

“I got hooked and wanted to be a cowboy,” Magistri told American Farriers Journal.

Born in Lodi, Calif., Magistri went to the University of California Poly Shoeing School to become a veterinarian, and after a year of undergraduate studies of agricultural business, he soon realized hitting the books hard wasn’t his strong suit. At that time, Cal Poly offered a farrier science program twice a year, each course term lasting 3 months. Magistri applied and was put on the waiting list.

In the meantime, Magistri decided to call up some local shoers to see whether this was something he seriously wanted to pursue. While on the waiting list for the farrier class and after, he apprenticed under a few different farriers. Magistri learned under Paul Holzman for 2 years and then on and off for many years after. He spent a year with Sheldon Woodard. Buzz Mackerracher and Frosty Lynn mentored him part-time for 2-3 years each. Magistri found that he loved horseshoeing, and by the time he got to class, he was ahead of the game. The instructor chose Magistri and another student to shoe horses for pay after school as a special privilege. He says he owes his success to his mentors because they truly wanted to help him out. When times were tough for Magistri, he turned to Dick Cropper of Multi Products Horseshoe Co. Cropper helped out, and Magistri never forgot that.

Magistri’s long-time friend Bob Smith, founder of the Pacific Coast Horseshoeing School in Plymouth, Calif., touches on how the award winner pays homage to his mentors.

“He’s an honest farrier,” Smith told American Farriers Journal. Just like how Magistri was paid for shoeing jobs after school, he pays his apprentices. When Magistri needs an apprentice or two, he calls up Smith, who then places his best apprentices with his good friend.

Smith and Magistri met in the mid-1970s at a barn and just clicked. They’ve remained good friends over the years, reconnecting at clinics and over the phone. Both from the Sacramento area, they help each other out when needed, like Smith sending his students to learn under Magistri.

“When [the apprentices] come back after a day with Joe, they’re exhausted,” Smith says. There’s a lot of hands-on learning that comes with being Magistri’s apprentice when an average day consists of 17 horses. Often, Magistri will have two or three students working with him.

Magistri completed his own farrier degree in 1967 after 3 months at Cal Poly. Upon graduating, he had steady business from his mentors’ overflow clients, including Charlie Humphrey, the University of California, Davis shoer; trainers Tony Amaral, Rod Weimer, Don Murphy, Ken Wold, Smokey Pritchard and others. These horsemen had faith in Magistri, and his work proved to be steady. Today, he shoes for several trainers including Les Oswald and Mike McEntire. For more than 50 years, he has dedicated his life to the horses of the West Coast, primarily the California Stock Horse and Reined Cow Horse industries.

Magistri also received close mentorship from brothers Benny and Felix Guitron. He shod for Benny for more than 40 years and contributes a significant portion of his success to him and the opportunity he provided. They provided guidance in the cow horse profession, which led to Magistri working on more than 35 NRCHA and American Quarter Horse Association (AQHA) champion horses. Some of these horses include Kit Smoke, Kim’s Okie Leo, Get Me Some, Fletch, Purple Lights and others.

He has also worked with Dick Web of Picture Motion Livestock. Magistri shod the second Mr. Ed, John Wayne’s Dollar, Drunk Horse in Cat Blue and Silverado in the movie the horse was named after.

“These great horses made me a better horseman,” Magistri says of all the horses he has shod — not just the movie star ones.

Magistri is always giving back to the horses and horsemen to further nurture the craft he loves. He speaks and demonstrates at UC Davis, as well as at other clinics around the United States. After learning so much from the prominent farriers before him, Magistri hopes to inspire the young farriers of this generation. If you’re willing to learn, he’s willing to help out and teach you.

“The love and respect [Magistri] has for horses is obvious,” says Smith. “That’s what he represents.”

In addition to working on world-class horses, Magistri won a few shoeing awards, such as the World’s Best Quality Horseshoer in 1979 and Stockhorse National Champion Half Arab Show in the same year. In 1982, he won the Fastest Shoer award at the Mule Show in Bishop, Calif., clocking in at 3 minutes, 42 seconds. He held this title for 3 years. When asked about his trick for speed shoeing, he replied humbly.

“If you want to be good at something, remember coaches have coaches,” Magistri says. “Don’t be too proud to ask.”

“You can’t stop learning if you want to be good in this business,” he says.

Ancient Horseshoe Provides Glimpse Into Past