Farriers Can Expect To Pay More At The Pump This Summer

Trips to the fuel pump are getting more expensive and consumers can expect more of the same until at least September.

According to the summer fuels outlook released by the U.S Energy Information Administration (EIA), the average retail price of gasoline this summer is expected to be $2.74 a gallon, up from $2.41 a gallon last summer. The price surge largely is because of the increase in Brent crude oil prices, which are expected to average $12 per barrel higher than last summer.

Daily and weekly averages, in addition to regional differences, can vary significantly from this projected average, as much as 50 cents a gallon in some areas. Refinery outages can also cause disruptions that result in unanticipated higher gasoline prices.

Additionally, the EIA forecasts that motor gasoline consumption also will increase, with an average of 9.56 million barrels per day (b/d), up almost 20,000 b/d from last summer. 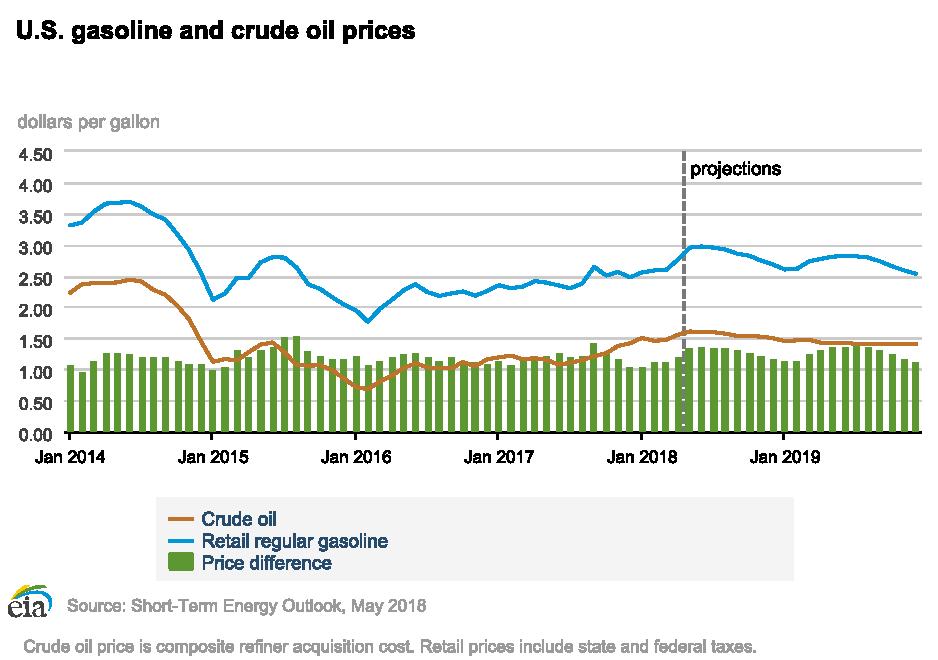 For diesel fuel, the EIA estimates the retail prices will be $2.92 a gallon this summer, higher than last summer’s average of $2.59 a gallon. This increase is because of higher wholesale diesel margins and crude oil prices.

Consumption also is expected to rise, with 4.0 million b/d this summer, which is 100,000 more than last summer’s consumption. The increase is because of a combination of economic growth, industrial output, and international trade activity. This estimate is the highest since 2007 when consumption averaged 4.1 million b/d.

Madison Schultz is an upcoming senior at the University of Wisconsin-Madison where she is studying English and communication arts. She is from New Berlin, Wis., and is an editorial intern.

What’s the Average Yearly Income for U.S. Farriers? | Did Your Hoof-Care Business Benefit from Clients Spending More Time Riding Their Horses During COVID-19?