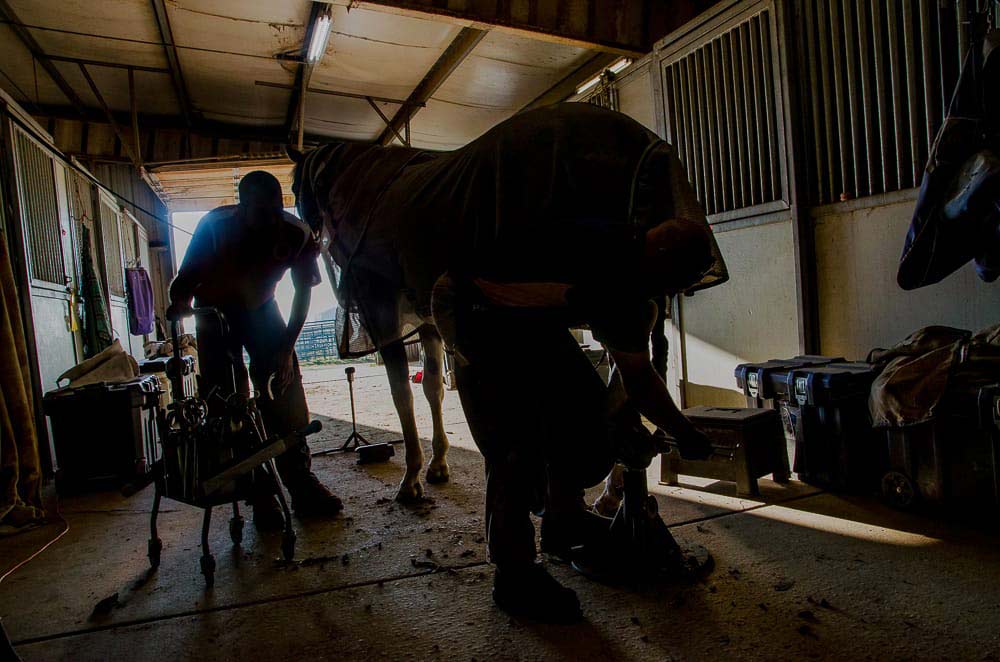 On a fall Southern California day in 2009, Pat Barrett set out to do what he had done thousands of times over more than 45 years — trim horses’ hooves.

Armed with a halter, Barrett and his assistant entered an exceptionally rocky corral to secure a horse. It was something that Barrett had done since he started working on James Leech’s horses. This day, though, would have a tragic outcome.

“In attempting to secure one of the horses for hoof trimming, Patrick was hit by the horse’s chest or possibly the horse’s face, which caused him to fall and hit his head on one of the rocks that covered the corral,” according to court documents. “As a result of that fall, he suffered serious head trauma. He later died from the injuries he sustained.”

There was a great deal of interest in the industry when it was learned that a California Court of Appeals dismissed a wrongful death lawsuit that was brought by Barrett’s widow Nancy, and for good reason. Mrs. Barrett asks some very important questions — not only on behalf of herself and her late husband, but for each and every one of you who gets under a horse.

In its 15-page decision, the court details its position through case law that the responsibility rests entirely with you.

It’s incredibly difficult to separate the emotional elements from this horrible accident. Yet, it’s important to consider the very specific language when reading the main points contained within the ruling.

Perhaps the issue that sparked the most discussion within the farrier industry involved the court’s opinion on securing horses.

While Mrs. Barrett argued that the horse owner was liable for failing to secure or restrain horses for the farrier, the court disagreed.

“Securing the horses was an essential part of the job for which the farrier Patrick was hired,” according to the court documents. “The owner had no duty to secure the horses once he gave up care and control to the specialist.”

The key to the opinion is contained within the second sentence:  “… once he gave up care and control to the specialist.” The court is being very specific. It’s not saying that it’s the farrier’s job to fetch horses. It’s not saying the farrier should accept unsafe working conditions. Yet, what it is saying is that once the farrier accepts care and control of the horse, the owner is off the hook. You are now responsible.

Although some farriers are criticizing the ruling as a blow against the industry, it actually empowers you. The court is telling you it’s OK to say no. You have the right to walk away rather than put yourself in unnecessary danger.

There are going to be clients who don’t understand your decision. Some will be angry. Others will fire you. The courts are very clear — the client will not be compelled to pay for your hospital bills, cover your lost wages, pay your funeral costs or take care of your family if you lose your life.

20 Safety Tips for Clients Holding Horses for Farriers and Vets

Court Dismisses Lawsuit After Farrier Dies While Shoeing A Horse