Five farriers and two veterinarians were elected to their respective Halls Of Fame at the 2018 International Hoof-Care Summit.

Seven individuals were honored for outstanding careers in footcare during the Hall Of Fame induction ceremonies at the 15th annual International Hoof-Care Summit. 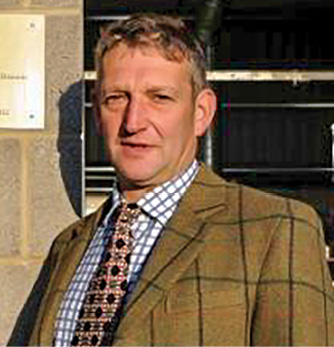 Following an apprenticeship with David Gulley in 1976, Darlow spent 41 years competing and won all major competitions in the United Kingdom, earning 151 medals — seven of which are gold. He has also trained 10 apprentices who now run successful businesses.

Since retiring from competition in 2017, he has remained committed to passing on his knowledge by leading clinics internationally. Darlow also continues to host clinics at his home forge to teach shoemaking, shoeing, tool making and competition tips. He also judges competitions worldwide.

Darlow says that one of the most important things he has learned in his shoeing career is that you never
stop learning.

“Everybody is an individual and everyone learns in a different way and at different speeds,” he says. “The best place to hone your technique and learn is watching the best of the best at competitions.”

He has also enjoyed passing knowledge on to his apprentices and watching them grow and learn, noting that he learns from them as well.

Darlow is honored by his Hall Of Fame induction.

“I’ve been very moved by the lovely comments from… Aneela Nasir is an editorial intern for American Farriers Journal. She is an English graduate student at Mount Mary University, studying new media and creative writing.