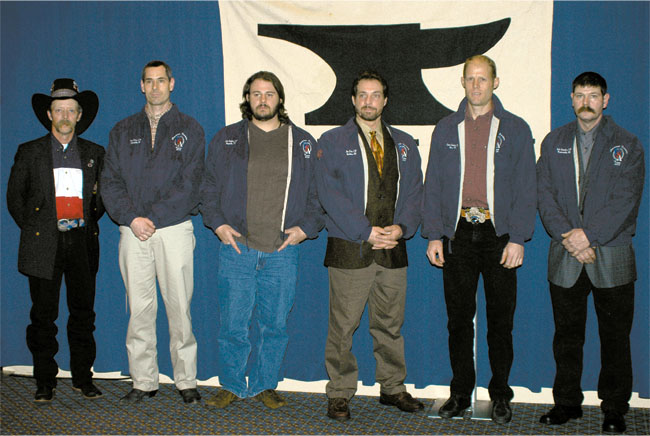 Members of the American Farrier’s Association gathered in Lexington, Ky., Feb. 26 to March 1 for the organization’s annual convention.

During the banquet that closed the event, Andrew Elsbree, the AFA’s new president, pledged to continue the organization’s focus on its mission of education, certification, communication, research and innovation. Elsbree also assured the audience that competition would continue to play an important role in the AFA, noting, “Ninety-nine percent of our testers and examiners come out of the competition arena. If it weren’t for competitors, our skills wouldn’t be what they are today.”

Elsbree said AFA members are involved in research and education seven days a week, as they work with the nation’s horses and horse owners. He said the fact that more new members are undertaking the certification process is important.

“What it means is more people are tying to learn about equines, about certification and are brought in and mentored by this organization,” Elsbree said.

Attendees also learned that the AFA will provide farriery services at the 2010 Alltech FEI World Equestrian Games, which will take place at the Kentucky Horse Park.

AFA farriers will man a farriery on the venue grounds from Sept. 11 until Oct. 10. Two farriers will be on site per day for the two weeks prior to the Games, and up to six farriers…