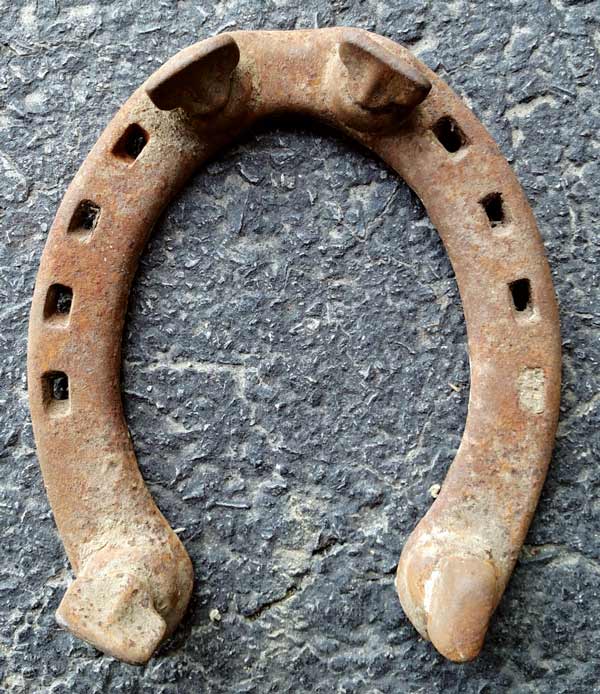 This horseshoe was instrumental in helping New York farmers during the “ice age.”

This horseshoe was found in an old barn on a Clove Valley, N.Y., farm. Nearby Pray’s Pond was used by several neighboring farm families in the years before 1940 to jointly harvest ice behind three teams of horses, according to the Winter 2008 edition of Country Courier. The harvest typically began in December and continued into January.

The families used a horse-pulled marker plow to cut 3-inch deep grooves in the ice to mark uniform blocks that were necessary for efficient icehouse storage. After cutting the blocks, they were floated over to the wagon area where horses transported them to the ice house. This provided a channel where the scored ice could be pushed/floated over to the wagon area for transportation to the ice house.

“We believe that this shoe was used on those horses that needed the traction on the pond’s ice,” says Elke Albrecht, a LaGrangeville, N.Y., farrier whose father Rich — also a farrier — found the shoe. “We thought it was a pretty interesting shoe.”

Thanks to LaGrangeville, N.Y., farrier Elke Albrecht who provided photos and background information for the shoe that was found by her father Rich. If you have more information about this style of horseshoe, or would like to share an interesting hoof-care artifact, please share it with us at jcota@lessitermedia.com.