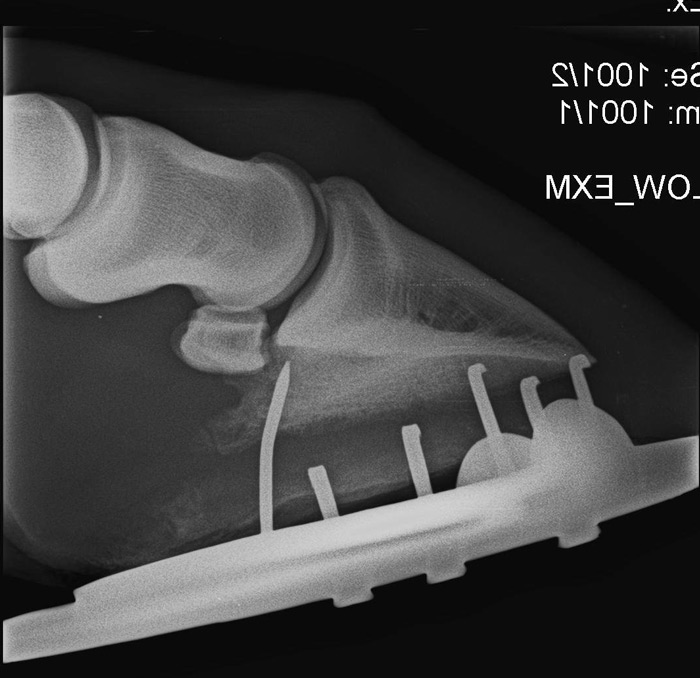 Helping The Farrier Through Radiographs And MRI

By Jeremy McGovern posted on December 4, 2017

In September, the British Equine Veterinary Association held its annual congress in Liverpool, England. To bridge a better understanding between the two trades, the agenda featured a farrier day with presentations specific to improving hoof care.

Stressing the need for each side to work together, two of these presentations addressed how radiographs and magnetic resonance imaging (MRI) can help diagnose, but also provide better direction for the farrier counterparts with their role in helping the horse.

How Does Radiography Help Farriery Management?

To begin her survey of using radiographs for farriery, Dr. Renate Weller of the Royal Veterinary College Hawkshead Campus in England asked the farriers in attendance to raise their hands to see if radiographs are always, often, occasionally or never offered as part of their work. Those who always have them provided were absent, likely due to the rarity of that level of accessibility. Most hands were raised when asked if it was occasionally.

Although an infrequent occurrence for the typical farrier, Weller holds that providing radiographs more frequently to the farrier would be a smart investment.

Of course, farriery management is only one reason for radiographing the foot. If lameness is localized to the foot, pre-purchase exams and penetrating wounds are other common needs for capturing foot or distal limb radiographs. Measuring the frequency of use in the clinical setting of her vet school, Weller says that farriery comes in second for frequency of use only behind lameness localized to the foot.

There are several ways radiography…

The Farrier and Radiographs

How Radiographs And Joint Angles Can Guide Trimming And Shoeing