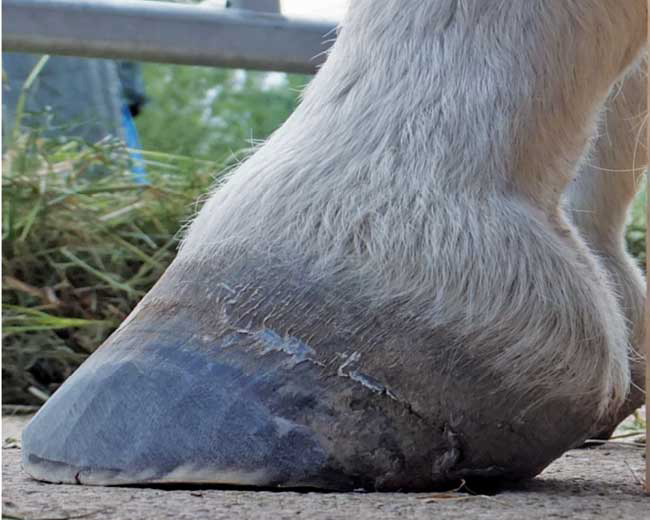 Although farriers have been tending to horses’ hooves for thousands of years, there is no universal acceptance for the way they are trimmed. In some circles, the conversation can be rather acrimonious.

The lineage of wild horses split from domestic horses about 45,000 years ago, according to “The Evolutionary Origin and Genetic Makeup of Domestic Horses,” a study led by Pablo Librado and published in the October 2016 issue of Genetics. About 5,500 years ago, man started interacting much more with the domestic line of horses, and they were domesticated. For the first couple of thousand years, though, horses weren’t handled much, nor ridden. Rather, they were used for meat and milk.

Historically, it’s difficult to pinpoint the origin of the horseshoe since worn out iron was generally melted down and reused. Four bronze horseshoes were discovered in 1897 in an Etruscan tomb dating from the fourth century B.C., according to “Etruscan Horseshoes from Corneto,” published by the American Journal of Archaeology in 1902.

“So that’s about 2,500 years,” Australian equine hoof researcher Brian Hampson told attendees at the 2017 International Hoof-Care Summit in Cincinnati, Ohio. “You would have thought that we would have developed enough knowledge and agreement in that time that there wouldn’t be any argument on trimming methods, but apparently there still is.”

Goals Of The Study

Inspired by the 2011 study, “Effects of barefoot trimming on hoof morphology,” that was led by equine veterinarian Hilary Clayton and published in the Australian Veterinary Journal, Hampson documented various…