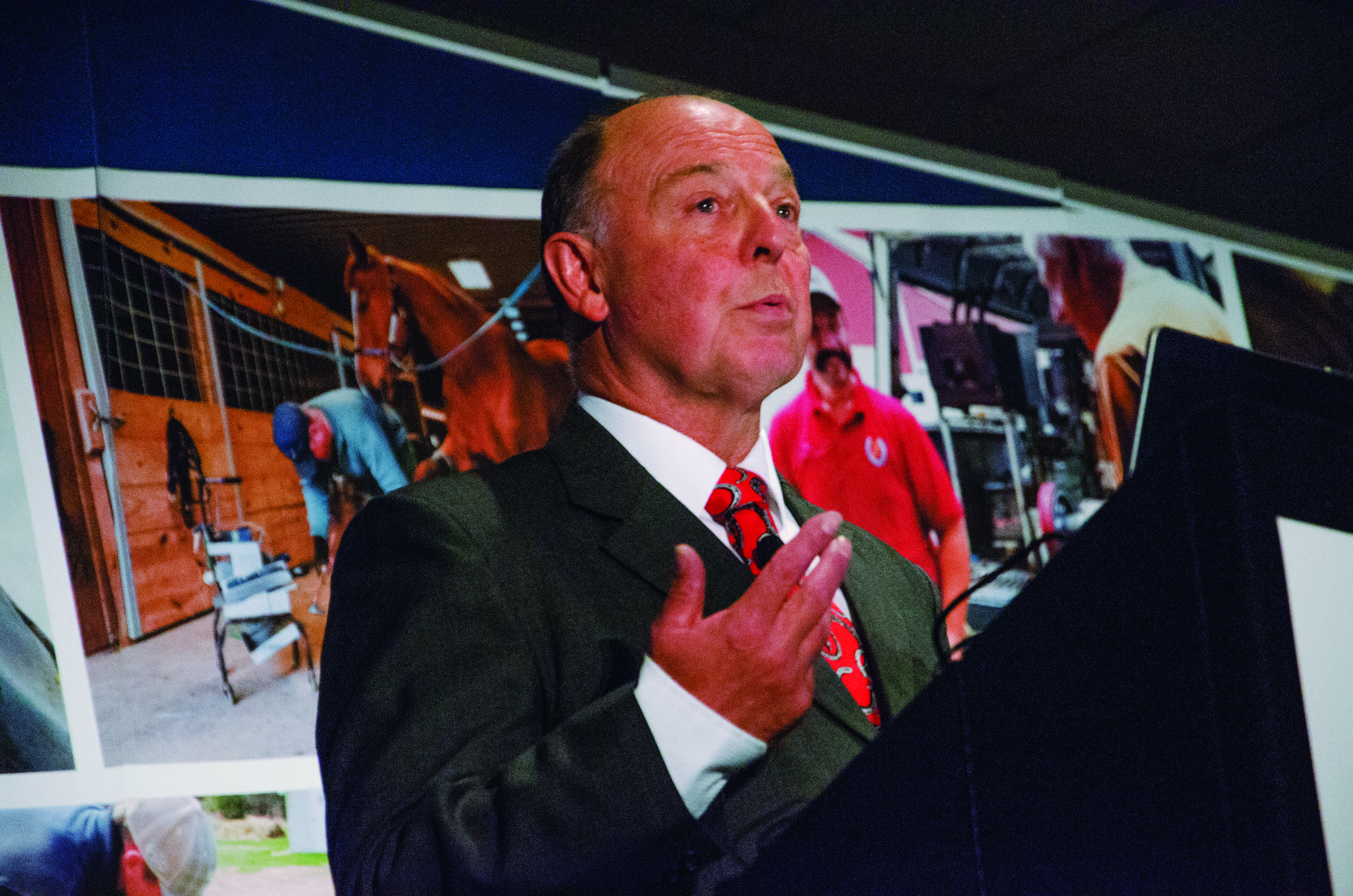 Newmarket, England, farrier Simon Curtis has been awarded a doctorate for his project studying the development of the foal’s hoof.

Curtis completed a 6-year doctor of philosophy (PhD) program at the University of Central Lancashire. His thesis: The effect of loading upon hoof growth and hoof shape in Thoroughbred foals, investigated how both normal changes occurred during growth and how conformational defects caused misshapen hooves.

Curtis is a practicing farrier, working from his forge in Newmarket, Suffolk. He trims and shoes a variety of breeds, but specializes in foals. He intends to continue as a farrier, using the new knowledge from his studies to improve farriery work on foals and older horses.

As a part-time student, Curtis traveled monthly to Myerscough College, an associate college of the University of Central Lancashire, to meet his supervisors Dr. Sarah Jane Hobbs and Dr. Jaime Martin. The Hall Of Fame farrier will be awarded his doctorate at a July ceremony in Preston. He is a Fellow of the Worshipful Company of Farriers by examination and an Honorary Associate of the Royal College of Veterinary Surgeons.

The implications arising from the 200-page thesis are wide-ranging and will help farriers focus on improving hoof distortion in all ages of horse. Curtis continues to train apprentices and tutor qualified farriers. He lectures widely and since November has presented his research project in the U.K., South Africa, Australia, and the U.S., including January’s International Hoof-Care Summit, speaking to farriers, veterinary surgeons and horse breeders.

Data was collected from eight separate stud farms building a comprehensive picture of the foal’s hoof. Radiography was used to record the changing angles of the foot and lower leg, showing how the hoof angle reduced by 5.5 degrees during the first 8 months of life. A microscopy study was able to show structural changes to the hoof wall that previously had been unknown. The hoof growth and loading study showed how regional weight-bearing affected both hoof growth and hoof shape. Newborn foals renewed their hooves is 145 days, far more quickly than previously guessed. Yearlings renewed their hooves in 283 days. The timing of hoof renewal was previously unknown and these new findings will allow more accurate estimation of healing when hooves are damaged.