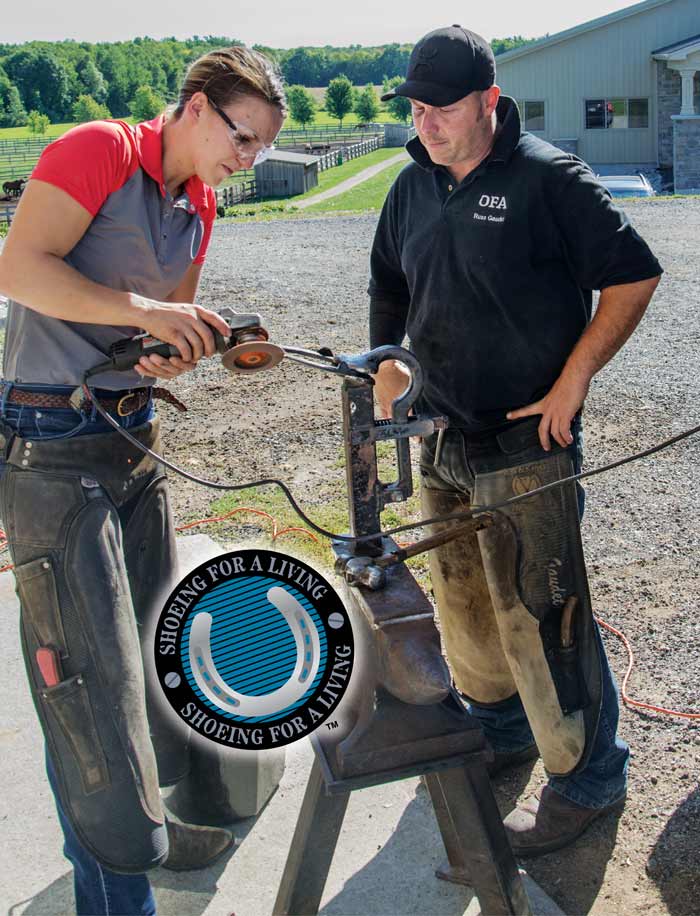 A Balanced Approach To Hoof Care

By Jeremy McGovern posted on January 2, 2017

In some marriages, a spouse knows with amazing accuracy what the other is thinking without that person telling them. Their clairvoyance is earned by building familiarity with the other person so much so that their thought patterns become predictable. In farriery, there are a few married couples where either spouse can look at a trimmed foot and recognize the approach in their partner’s trimming or shoeing work.

Russ and Katie Gaudet are among these couples. Based in Waterford, Ontario, they have a joint hoof-care practice that covers the southwest portion of the province. They also serve one client that is several hours away in Ontario.

Russ has been a farrier for almost 18 years. He came into the industry in a traditional way — working as an apprentice and focusing on shoe building and competition as avenues for education and growth.

Katie has been a farrier for about 6 years. Born on a horse farm, she grew up riding and training horses before she began her farriery education 6 years ago. She credits he first mentor Chris Zizian for helping launch her career.

Together, the Gaudets’ distinctly different experiences have benefited their practice. Although they are keenly aware of each other’s approach to work, that’s not to say they don’t disagree.

“We each have our own opinions, which is OK. It isn’t arguing, but a discussion for what’s best for the horse at the end of the day,” says Russ. “I might think of something on how we can help…

A Unique Approach to Frog Support

One Vet’s Approach To Laminitis