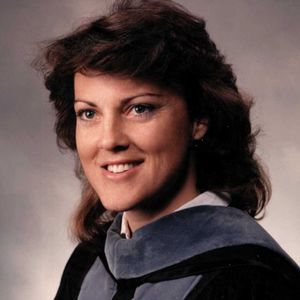 An avid horsewoman, she began a professional career taking care of horses by earning her certification as a farrier at the Montana State University Farrier School in Bozeman, Mont. After working in that field for a time, she earned a biology degree from City College in Santa Barbara, Calif.

She returned to Indiana to study at the Purdue University School of Veterinary Medicine, where she earned her doctorate in 1990. After graduation, she became a staff veterinarian at the International Equine Podiatry Center in Versailles, Ky. For many years, she operated the Midwest Equine Veterinary Service, first in Fort Wayne and later in Roanoke.

In 2009, she became a founding partner of the CFK Equine Hospital in Columbia City, where she was forced to retire by her progressively worsening multiple sclerosis.

Memorial contributions in honor of Finch may be made to any charity of the donor's choice, including those recommended by the family: Anna Yoder MS Fund of the Indiana University Medical School at Fort Wayne (IPFW), St. Mary's Soup Kitchen or Turnstone.