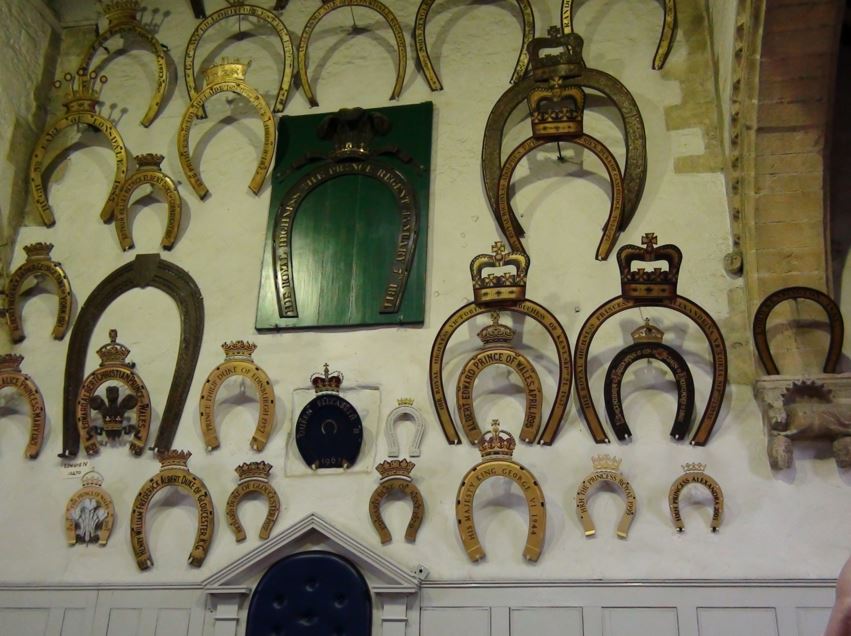 An English castle is undergoing an extensive restoration project that includes its famous collection of enormous horseshoes.

Oakham Castle's collection of 230 horseshoes have been been removed for thorough cleaning and cataloguing. When work is completed, the collection will be returned to the castle. The horseshoes have been collected for more than 550 years and given as gifts by visiting kings, queens and peers of the realm. The oldest horseshoe in the collection was a gift from Edward IV in 1470 after his victory at the Battle of Losecoat Field. The most recent horseshoes were donated by The Duchess of Cornwall in 2014, Princess Alexandra in 2005, the Prince of Wales in 2003 and the Princess Royal in 1999.

Historians believe the tradition of giving horseshoes to Walchelin de Ferriers, Lord of the Manor of Oakham, Rutland, is linked to the family name. Ferrier in Norman French is farrier. A horseshoe appears on the coat of arms of the Rutland County Council.

The project includes unearthing part of the defensive perimeter wall, which was constructed between 1180 and 1190 in the East Midlands of England. Restoration work will continue into 2016.

Be Part Of The "Great American Horse Drive"