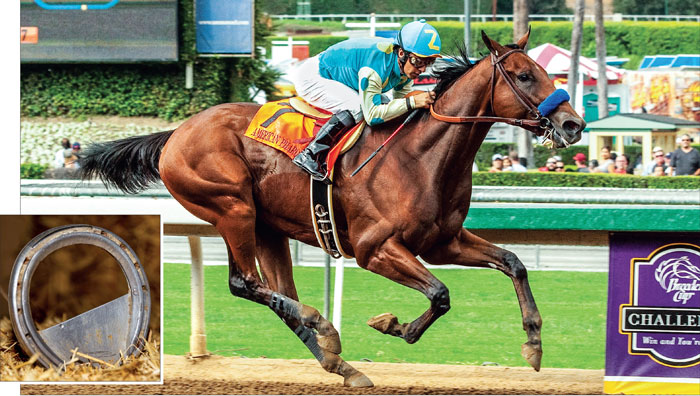 What It Took to Make American Pharoah Go

Wes Champagne did such a good job of shoeing American Pharoah that the colt’s feet rarely made the news. As American Pharoah raced into immortality by becoming the first Thoroughbred Triple Crown winner in 37 years and then adding the Breeders’ Cup Classic win, no one outside of trainer Bob Baffert’s barn probably even thought about his horseshoes.

But Baffert and Champagne paid special attention to the feet of what turned out to be only the 12th horse to win the Triple Crown.

The only blip on American Pharoah’s health as a racehorse was a foot bruise in the fall of 2014. Had the trainer and farrier not put footcare first, the colt’s legendary career might never have happened.

Wes Champagne has shod racetrack legends, including American Pharoah, Justify and more recently, Accelerate. He’s offering up some trade knowledge about his contributions, innovations and techniques that have led horses with a stone bruise to later win the Triple Crown. His impressive client list includes trainers and horses that have made reputable careers for themselves, all with the help of Champagne’s shoeing ability. Read more » 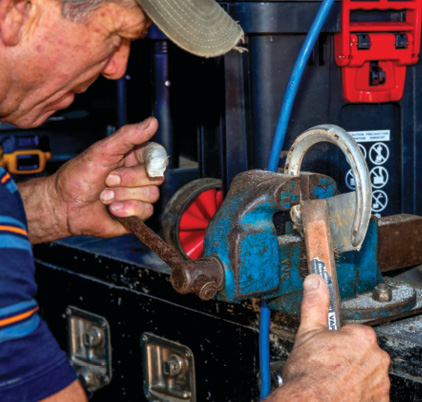 Wes Champagne drills out the top half of the thin aluminum plate.

Started With A Bruise

American Pharoah developed a bruise in his left front foot right before the 2014 Breeders’ Cup at Santa Anita. With two spectacular wins in the Del Mar Futurity and Front Runner Stakes, he would have been the…

Tracy Gantz is a veteran equine writer from Monrovia, Calif., who has done considerable work covering the horse racing industry.

What is a Half Heart-Bar Shoe and What is it for?