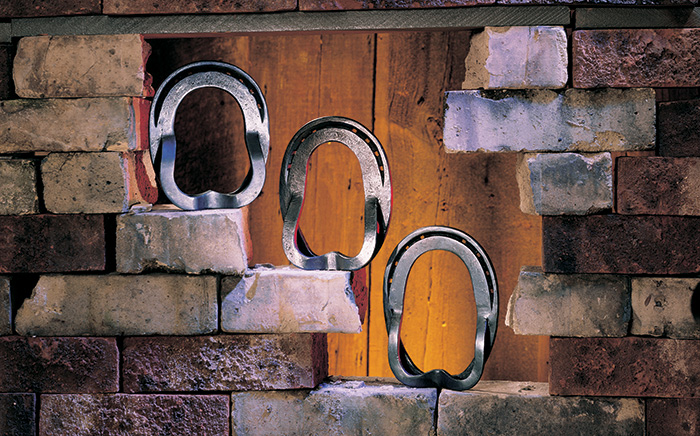 The 2004 Calgary Mail-In Forging Exercise was a challenging and rewarding event for all who participated, but the man who won the first-ever competition came back to show us how itʼs done

Many contestants found the split-wedge bar shoe to be a challenging shoe to forge and one that really tested the skill levels of all who participated in this summer’s Mail-In Forging Exercise at the 2004 World Championship Blacksmiths’ Competition in Calgary, Alberta, Canada.

Standing tallest amongst the mail-in competitors was Jim Keith. The shoer, toolmaker and clinician from Tucumcari, N.M., won first prize with a flawlessly forged split-wedge bar shoe. It was truly a “back-to-the-future” type of moment for Keith, who also won the first-ever Calgary Mail-In Exercise. In addition, Keith captured the creative forging crown at the 2004 Calgary Competition and also became the first shoer to finish in the top 10 in the World Championship Blacksmiths’ Competition in three decades, the 1980s, 1990s and, now, 2000s.

Keith’s entry was head and shoulder’s above the competition said one of the Calgary Mail-In Exercise judges, Bob Marshall, calling it a testament to his years of experience and skill in tool making and…