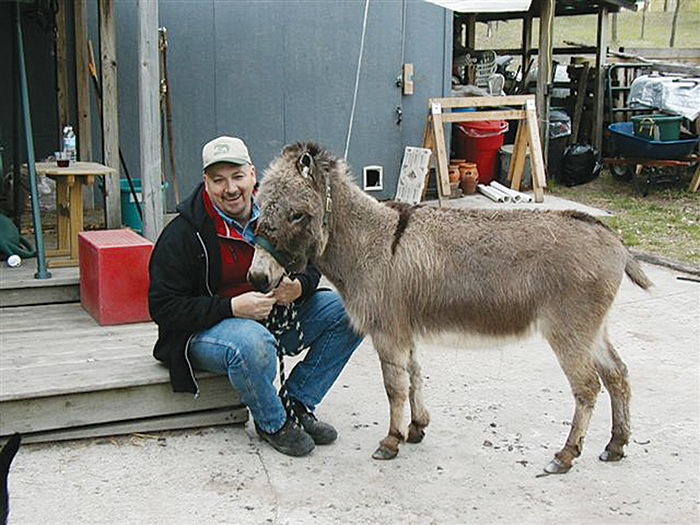 You Can't Keep A Good Donkey Down

MIRACLE CASE. Lily, a Miniature Mediterranean Donkey, has managed to thrive despite having lost the coffin bone in one foot.

One of the more amazing things about equines is how they can survive some of the worst events or traumas but perish as a result of a relatively minor one.

This case study is an example of the former. It involves a very special Miniature Mediterranean Donkey named Lily, who is owned by Loree Doering of Bear Lake, Mich. It is believed that Lily had suffered from ergot, fescue or some other form of poisoning. Lily became very lame, developed a huge hole in her right hind foot and later dropped her entire coffin bone out of it. I have the coffin bone in my possession.

What makes this case amazing is how Lily not only survived this major trauma, but that she continues to survive and remains sound. She can run, buck and play like a normal donkey. Here is Lily’s story.

Jan. 11, 2001. Lily is born with no complications. She shares a pasture and huge run-in barn with nine other donkeys.

November 2002. The tips of Lily’s ears bend over and begin to fall off. Veterinarian suspects frostbite. No other pasture mates exhibit these symptoms.

December 2002. About half of Lily’s ears have fallen off. About 3 inches of her tail has also begun to fall off. Veterinarian still suspects frostbite and no other pasture mates exhibit the same symptoms. 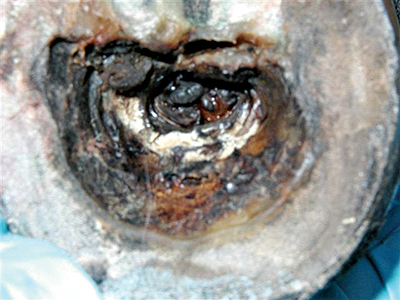