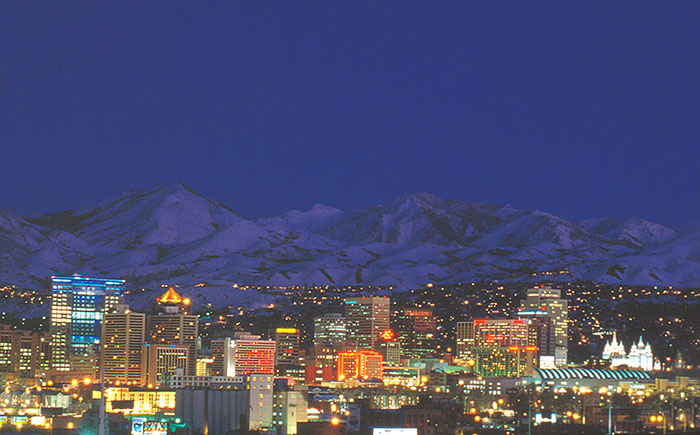 By Michael Austin posted on September 1, 2002 | Posted in Education

While time is of the essence during the AFA convention, try to schedule a few hours to check out these attractions

No one is saying skip all of the informative lectures and sessions at the American Farrier’s Association (AFA) convention in Salt Lake City, Utah, from Feb. 26 to March 1, 2003, but you should treat yourself to some of the treasures that Utah has to offer.

Between the mountains, museums, churches and other historic sites, a trip to Salt Lake City would not be complete without exploring this enchanting territory.

Offering many ways to take a walk through its rich history, Salt Lake City is loaded with numerous museums, monuments and points of interest.

Serving as a National Historic Landmark, the Beehive House was the official home of one of Utah’s most famous residents — Brigham Young. There are daily free tours of this house, where Young lived while he served as president of the Church of the Latter Day Saints and governor of the Utah Territory. Not far from the Beehive House is a monument honoring Brigham Young. The monument also showcases Utah’s Native Americans and fur trappers who settled into the Salt Lake Valley prior to the Mormons.

Another famous historical site in Salt Lake City is historic Temple Square. Inside the square, which covers 10 acres in downtown Salt Lake City, is the home of the Mormon Tabernacle Choir. The public can take part in the weekly Sunday television and radio broadcast of the choir as well as the Thursday night rehearsal, which is free of charge. From Monday through Saturday, there are free organ…

Here's Who Made News In Salt Lake City

Welcome to Your New Career; Now Let’s Get to Work

Organization Seeks to Aid Horses Who Work in an Ancient City