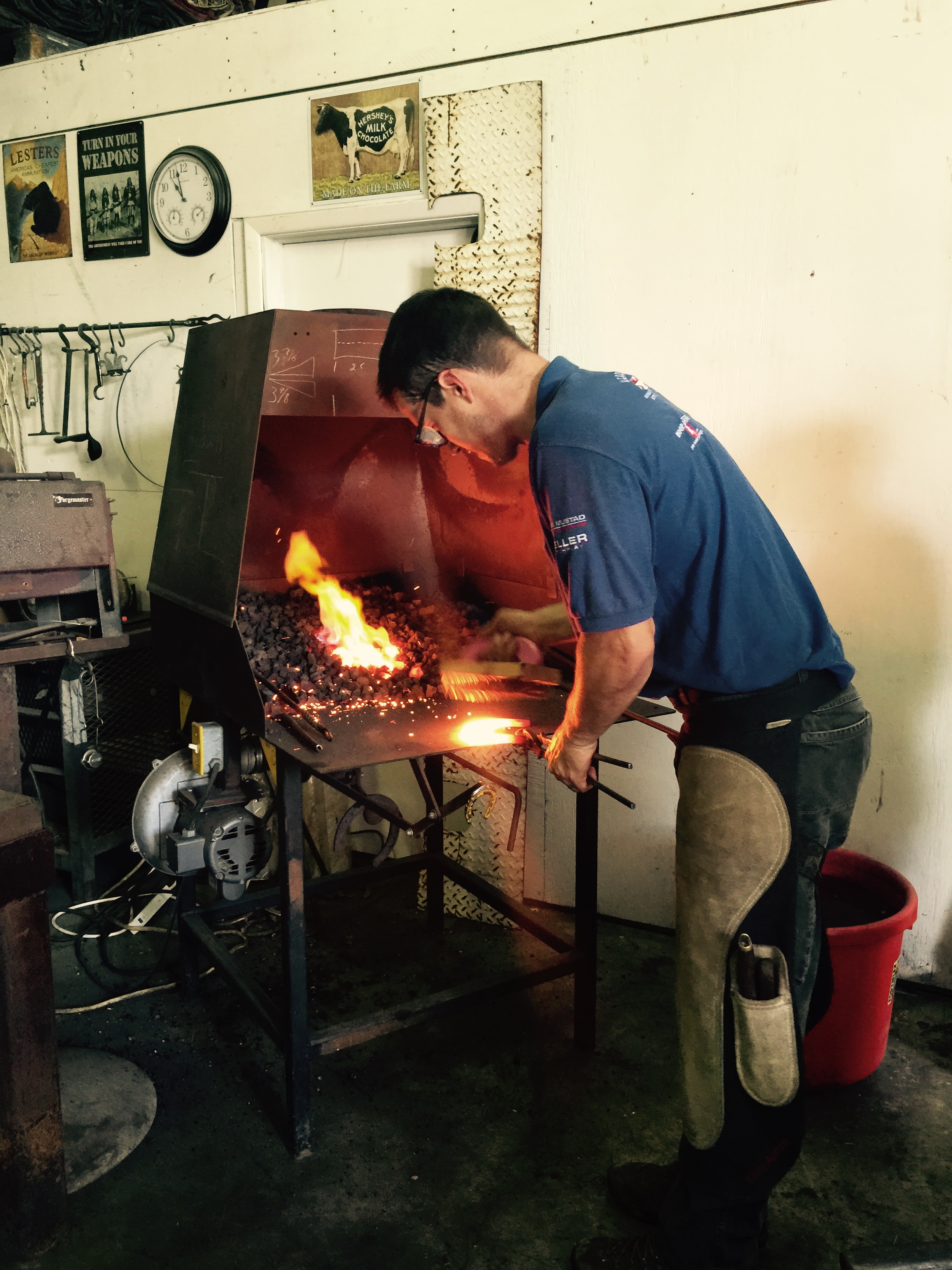 Columbia, Md., farrier Mike Poe was the clinician at the New Mexico Professional Horseshoers’ Association’s clinic July 11 in Ruidoso, N.M., and led the audience through his procedure for shoeing horses, from assessing the feet and the horse’s gait, developing a game plan, trimming and shoeing the feet and finally assessing your success.

Andrew Varela, president of the association, says one of the highlights of the clinic, which was sponsored by Well Shod, Delta Mustad Hoofcare Center, Paul’s Veterinary Supply and Farrier Product Distribution, was when Poe showed the 25 attendees how he uses a slow motion video app on his iPad to closely watch horses’ walk and analyze thier gait.

“Mike had an app on his iPad called SloPro and we took a horse outside and walked it and he video taped the horse while it was walking to analyze how its feet landed,” Varela says. “Then we took the video inside and watched it in slow motion. The horse walked pretty well, but the left front foot wasn’t landing evenly. It was landing lateral to medial heel.

“When you go back and watch a video like that in slow motion, you’re able to see things you couldn’t with the naked eye,” he says. “It helps you develop a game plan for what you’re going to do from there for corrective shoeing like this horse needed.”

The SloPro app is available for Apple and Android devices equipped with high-speed cameras and allows you to slow down video shot on the device to 25%, 40% or 50% of actual speed.

After the group watched the slow motion video, Poe explained how he was going to address how the horse was landing.

“Mike said that to address this horse’s problem, he didn’t want to just trim the horse for balance,” Varela recounts. “He wanted to correct the gait by making a shoe that wedges the medial heel to get the horse to land more evenly and trim the hoof so it was symmetrical and make the heels even.”

While Poe was building the shoes for the horse, Varela notes that the clinician worked very slowly and smoothly with his tools.

“He told us how important it is to stay slow and controlled rather than getting a little crazy with your tools,” Varela says.

After Poe built shoes for the horse and nailed them on, the group took the horse outside and walked it, once again taking video.

“We walked the horse again and the horse had a huge improvement. The horse landed flat and Mike explained how he was able to tell from this that he had accomplished his goal,” Varela says.

The New Mexico Professional Horseshoers’ Association holds four clinics a year and Varela says they are in the process of planning their next clinic for this coming fall. He says it’s absolutely necessary for farriers to go to clinics and network with their peers.

“When you don’t go to horseshoeing clinics, you just stay in your own little world. You don’t give yourself the change to see outside the box and see how other people are doing things. Watching how other farriers get something done motivates you,” he says. “Every time I go to a clinic, I learn new things and it motivates me to get back to work and try something new.”

Hoof-Care Highlights: The Week of January 30

Hoof-Care Highlights: The Week of December 26

Hoof-Care Highlights: The Week of February 6