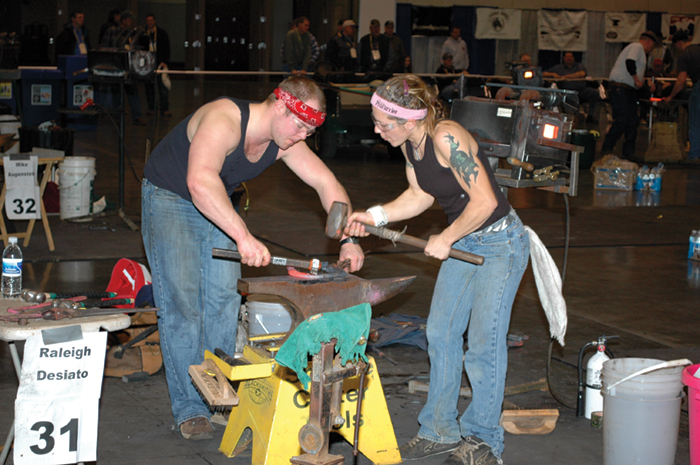 Pacific Northwest is site of the organization’s 39th annual convention

Members of the American Farrier’s Association gathered in Portland, Ore., in late February for the organization’s 39th annual convention. The Pacific Northwest city was a welcoming host for the affair, which featured forging competitions, educational lectures, business meetings, a trade show, a fund-raising auction and plenty of opportunities for making new acquaintances and renewing old ones.

This year’s auction netted more than $11,500, with an ornamental mirror made and donated by Mike Chisham of Petamula, Calif., taking the highest bid at $1,050.

During the awards banquet, outgoing AFA President Dick Fanguy thanked the members and staff for efforts during his presidency and passed the gavel on to incoming president Eric Nygaard, of Sarasota, Fla.

Other officers for the coming year include:

The banquet also included tributes to a pair of farriers who passed away during the previous year, Edward Martin of Scotland and Bob Skrazio Sr. of Ambler, Pa., and a presentation by farriers who had participated in the AFA’s Cultural Exchange Program. The 2009 participants were Chuck Jones of Lexington, Ky., and Joshua Ramsey of Pilot Point, Texas.