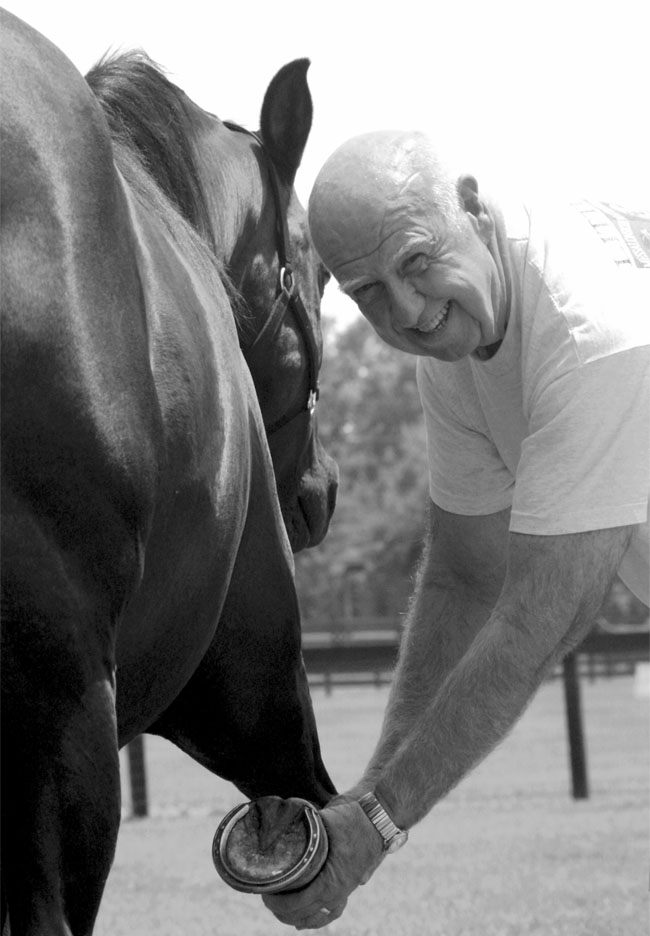 By Ron Perszewski posted on September 1, 2003 | Posted in Diseases, Nutrition

Based on extensive research, this new product is being promoted as an anti-laminitis feed

BETTER FEET. Northern Florida horse owner Bill Roberts credits this anti-laminitis feed with solving chronic foot problems that seemed to worsen each spring in this 26-year-old mare. The feed has also helped several of his other horses overcome founder problems in the spring.

Although therapeutic shoeing remains essential to the successful treatment of laminitis, a new feed could increase the chances of successfully dealing with a number of laminitis cases.

Introduced in the United States during the spring of 2002, Happy Hoof is the first complete feed in the U.S. designed to help overcome or prevent laminitis by eliminating dietary causes while providing a combination of nutrients for promotion of hoof growth. Unlike the many anti-laminitis supplements, this product meets all equine nutrition needs and thus can be used as a stand-alone food source. Since it also is a low-calorie combination feed and forage, it can be used to fight obesity, another condition that is often associated with laminitis.

The product earned a seal of approval from the Laminitic Trust, a United Kingdom-based, non-profit organization devoted to researching laminitis and informing horse owners about appropriate care. The seal, which appears on the product packaging, is meant to help horse owners identify feeds that are suitable for horses and ponies prone to or suffering from laminitis.

The seal is granted by the organization’s three-member Scientific Committee, consisting of I. A. Silver, a veterinary scientist at Bristol University; Robert Eustace, a leading laminitis specialist; and David Frape, a highly…