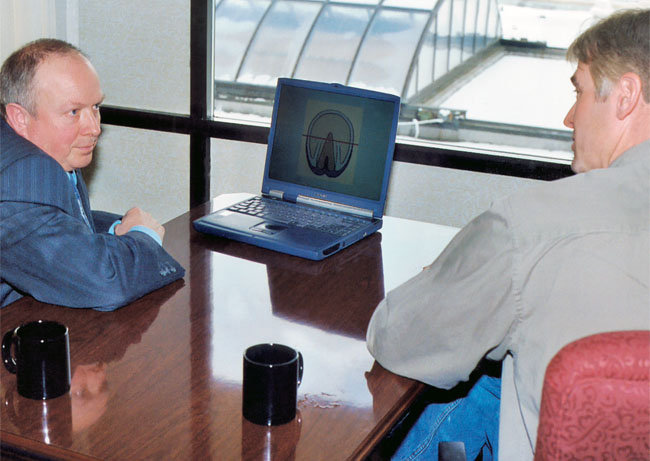 Give And Take On Natural Balance

By Pat Tearney posted on September 1, 2003 | Posted in Shoeing

POINTS OF AGREEMENT. While David Nicholls (left) and Kevin Hatridge (right) disagree on many aspects of Natural Balance, they agree that proper hoof trimming is vital in shoeing. They also agree that shoeing and trimming needs to done with an eye toward meeting the needs of a particular horse, rather than as “one-size-fits-all” approach.

Since it's introduction, there’s been little neutral ground on the subject of Natural Balance shoeing. The shoeing method developed by farrier Gene Ovnicek after a 2-year study of the feet of feral horses, is hailed by supporters as a rediscovery of sound principles and attacked as back-to-nature hokum by detractors.

American Farriers Journal recently brought together one farrier from each side of the Natural Balance debate.

Both farriers are familiar with Natural Balance principles and techniques as well as those commonly identified as “traditional farriery.” They’ve each used both techniques during their career. Below are some of the highlights from a 90-minute, free-wheeling discussion.

NICHOLLS: For some reason in our industry we were conceited enough to believe that we had got it right from the start. I’ve been shoeing now for about 35 years…

Stock Up And Take Stock