In 2009, for the 100th anniversary of Werkman Horseshoes of Tolbert, Netherlands, the company knew they wanted to celebrate in a special way, so they organized a competition and clinic for farriers world-wide. 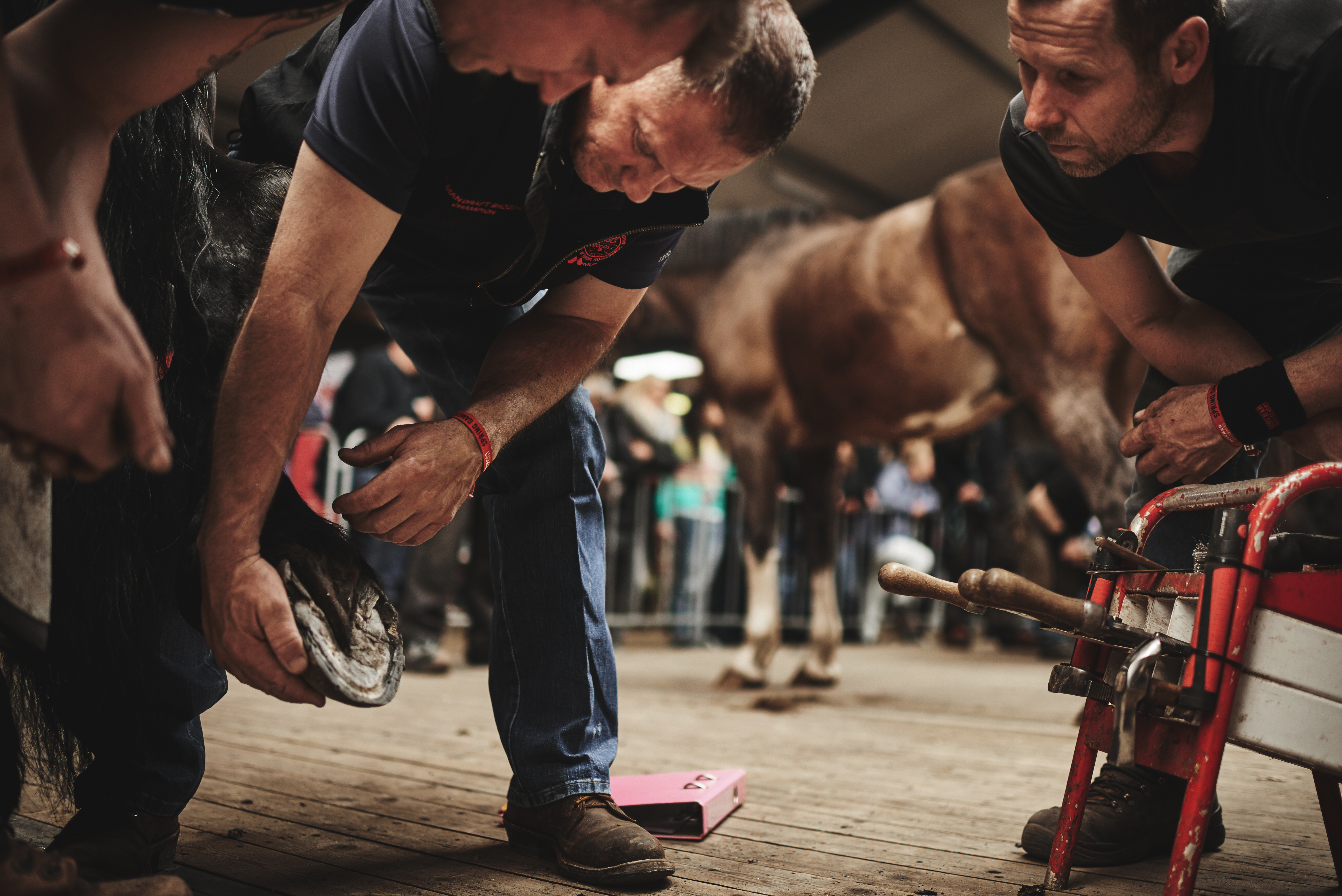 After that first Werkman Spring Games, Christel Werkman, managing director, says, “Everybody was so enthusiastic about the event and the atmosphere that we were asked many times to organize it again. That was the start of the Spring Games. Now we organize the event every 2 years.”

For the 2015 Spring Games, farriers from around the world gathered in mid-April to learn and compete in Tolbert, Netherlands. The competition drew 450 attendees from across 20 countries with 129 farriers taking part in the competition.

“The Spring Games are a combination of a seminar with high-level speakers and a big competition where very skilled farriers, as well as students, compete against each other,” Werkman says. “We aim for a good environment where knowledge can be shared.

“There is no other event in the world of horseshoeing that sets the link between the exchange of knowledge and its practical application, in the form of a shoeing contest, on such a grand scale,” she continues.

Hagen presented the latest findings from a study carried out by the Equine Locomotion group at Leipzig University in Germany. The study examined using the FluoKin technique, which has never previously been used for scientific research focusing on horses. The FluoKin technique involves using fluoroscopic imaging, which is a 3D x-ray technique for studying movement.

Werkman Horseshoes launched a new product at the games, an online horseshoe tool within the Hoof Explorer. The new product was developed by Effigos, a company that develops 3D computer animated anatomical models of the horse limb. The tool allows farriers to get an inside view of what changes in the hoof and limb when using orthopedic shoes through the 3D model, and depicts anatomical structures including bones, cartilage, muscles, tendons, ligaments, arteries, veins and nerves. Werkman says the tool also can be used to explain to horse owners and others involved in the hoof-care team what the effects of different shoes are on different surfaces through the use of animations.

For the open division, class one was asked to craft a hind lateral extension shoe, class two made a straight bar sidebone shoe with a hammer finish, the speed forging round made a crossfiring shoe and the live shoeing was asked to diagonal shoe a horse.

Only the top 10 finalists from the sum of the first three classes were asked to participate in the live shoeing.

Overall winners of the competition were Steven Beane of the U.K. in the open division, Sergio Perez Prieto of Spain in the intermediate division and Robert Nilsson of Sweden in the novice division.

The next Werkman Spring Games will be held for the fifth time in April of 2017.