The wedge shoe was one of the first therapeutic horseshoes. It was marketed as a 3-degree, open-heel aluminum horseshoe in 1972 by Dutchtown Forge.

Later on, the wedge shoe was widely used to treat ailments that would respond to raising the foot angle. Horses suffering from suspensory conditions such as sprained tendons responded very well to a wedge shoe.

Another popular use for the wedge is with horses suffering from early navicular disease. Raising the angle of the foot tends to relieve the pressure on the navicular bone. When used for navicular, the shoe seems to work better when the toe is squared, rolled or even both. However don’t carry the square toe to an extreme. 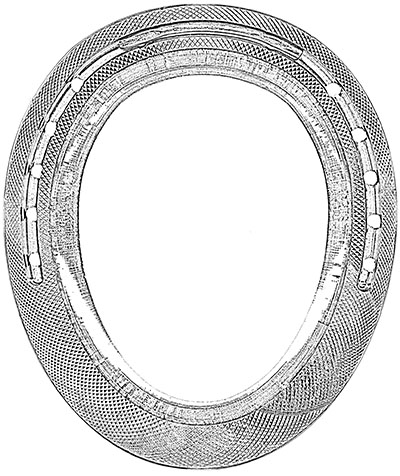 When treating navicular disease, it’s often a good idea to use a frog cushion such as Supreme Support. A little bit of mild…

There's More Than One Kind of Heel Pain

For More Comfort, Use a T Shoe