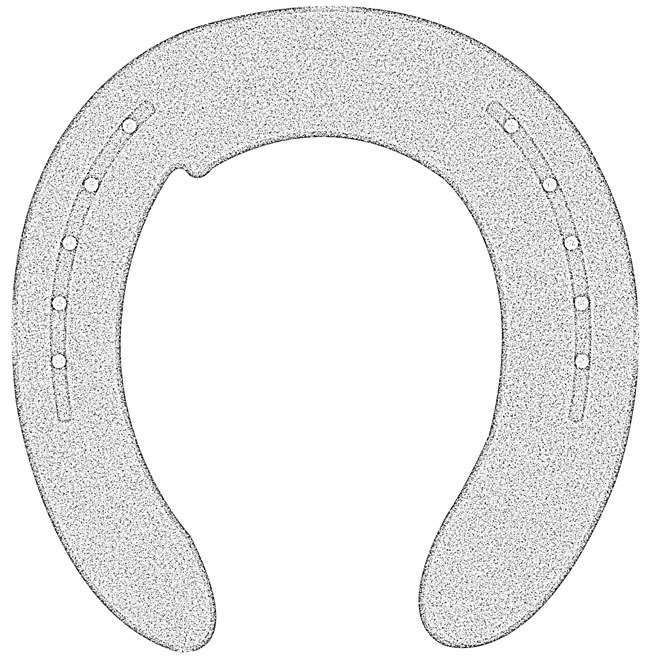 This shoe could be called a side-weight shoe, but that would give the impression that the secret of the shoe is the added weigh of the wider branch. In fact the wider branch adds flotation and support to that branch and that is the real secret to using the medial/lateral support shoe.

This unequal support will lead to many problems for the farrier as well as the horse. For the farrier, it means a foot that will take longer to shoe because the shoe becomes harder to fit and harder to nail because of the thinner hoof wall. This results in a foot that is more likely to loose a shoe.

From the horse’s standpoint, a foot that is not symmetrical carries the load unevenly, which causes uneven stress on the joints from the knee down. This can lead to problems caused by the uneven loading of the joints. The unequal width of the hoof halves may have its origin in either poor conformation or improper trimming. Interference, winging and paddling are…

Building and Using the Half Bar