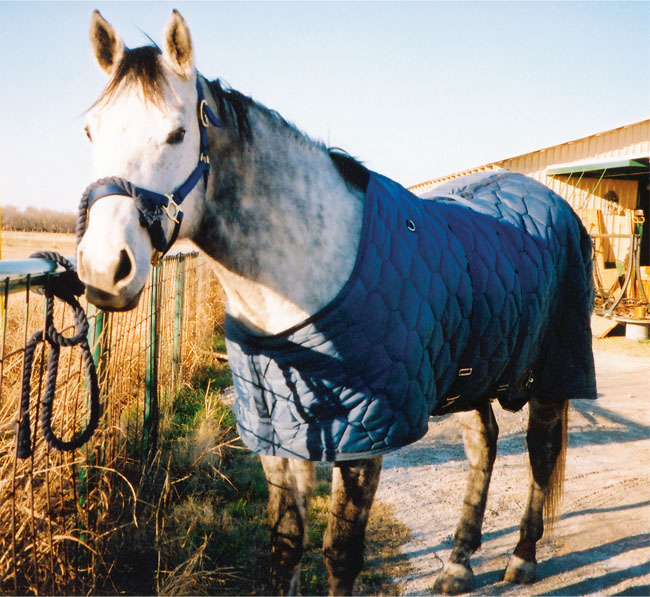 Not Fixed, But More Comfortable

INJURED AS A COLT. When the owners began training this gelding named Tooey, they noticed gait faults that were believed to have been caused by a pelvic injury the horse suffered as a colt. The injury had gone undetected until training began.

Tooey is a dapple gray gelding mix raised at the Herrick Thoroughbred Farm located in Lucas, Texas. He is approximately 16 hands tall and is 7 years old. The Herricks raise as well as ride hunters and jumpers.

As a colt, Tooey is believed to have sustained a pelvic injury to the right rear hip. The injury went unnoticed until a few years ago when the owners began training the horse. When he was in motion, particularly lunging, it appeared that there was unnatural movement in the hip-joint region. Riders also noticed an irregularity in his gait. There was not been a definitive diagnosis, but the examining veterinarians agreed that there was no treatment that would return the bone structure to normal.

I met Tooey when he was sold to the DuPay Farm in Allen, Texas, to be used as a Western Pleasure horse. The DuPays solicited my advice about shoeing the horse.

I observed as Tooey was lunged in both directions and at all gaits. I also observed him moving in a straight line. A problem with the right hip region was apparent, especially when the horse was lunging to the right. I examined Tooey while the horse was standing still on a…