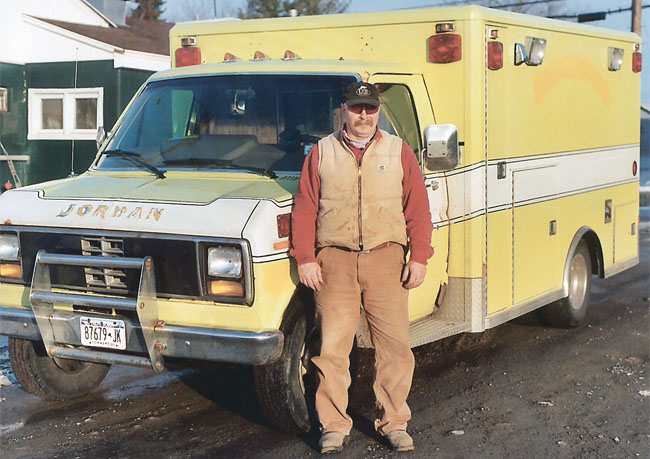 TOM MARTIN GOT the idea of converting an emergency vehicle into a shoeing rig from Vern Hornquist, another New York farrier, from Lockport.

“It looked like a good rig to me, so I kept my eye out for one,” he recalls.

Martin bought the vehicle used from a fire department.

“Even though it had 85,000 miles on it when I bought it, I knew it had been well maintained,” he says. “They had all the records on it, so I knew what I was getting.”

Martin has been careful to keep up the maintenance since he obtained the vehicle, which is now closing in on 200,000 miles on the road, with no sign of stopping. Martin says he gets about 22 miles per gallon of diesel fuel. He also likes the fact that ambulances are built with heavy equipment loads in mind, plus the ability to handle rough roads.

Having all that equipment in one place helps his efficiency.

“I can reach everything very easily,” he says. “It lets me cut down on my movement.”

The anvil is also placed so that he can sit on it while he uses his drill press or other power tools.

Set-up also goes very quickly. At most barns, it’s simply a matter of backing up to…