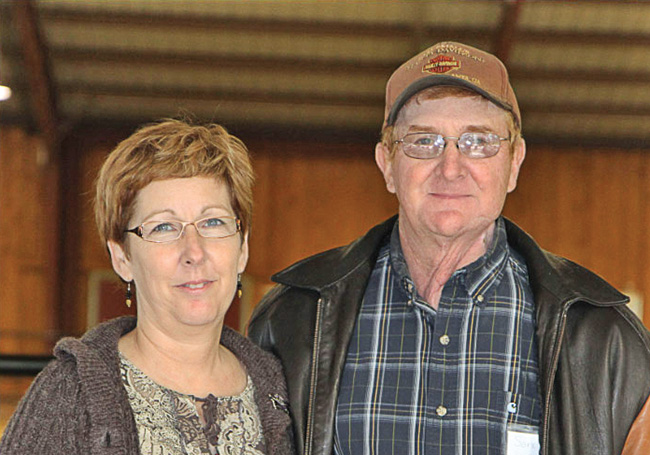 Farriers Join Together to Help One of Their Own

When Dick Fanguy first met fellow farrier Sandy McBeath, he knew he'd found a lifetime friend. “Sandy was the first guy I met when I joined the Southern Farriers Association in the late ’70s,” says Fanguy, of St. Gabriel, La. “We’ve been friends ever since.”

So when McBeath was diagnosed with melanoma skin cancer, Fanguy wanted to help his friend, who had given so much of himself before. “Years ago, right after Hurricane Katrina, I was recovering from a staph infection brought on by back surgery,” he says. “Sandy got together with a couple of guys and put on a clinic to help me with expenses.”

Fanguy decided to hold a fundraising clinic to help McBeath, a Union, Miss., farrier, offset some of his out-of-pocket expenses and loss of income. Pat Gallahan, a Glendale, Ariz., farrier specializing in Arabian horses, was the first person Fanguy called.

“I asked him what it would take to get him to do a clinic,” Fanguy says. Gallahan’s reponse was “Just ask.” Fanguy explained that he had no money to pay him, but Gallahan told him to set a date anyway. The Super Clinic for Sandy McBeath was born.

From that point on, Fanguy’s phone started ringing off the hook. Many American Farrier’s Association members — all big names in the industry — wanted to help out. The hardest part for Fanguy was keeping control of the event. “For every clinician that signed up, there were three or four I had to turn away because…

Farriers Offer Sanitary Tips of Their Own

12 Ways for Farriers and Veterinarians to Improve Working Together

Farriers Need to be Sensible About Protecting Their Senses