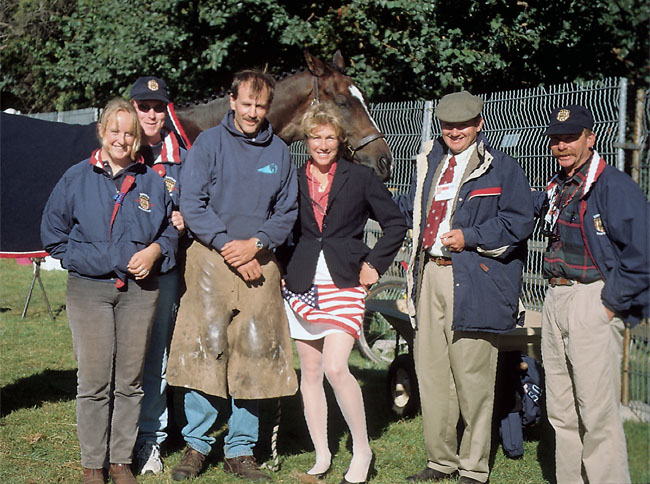 Shoeing for the Big Show

By Pat Tearney posted on January 1, 2006 | Posted in Shoeing

It may not be exactly fair, but Steve Teichman says if you’re a farrier for a United States Equestrian Federation team, you’re going to be expected to be able to fix just about any hoof problem that crops up.

“After all,” he told an audience at the Carolina Horseshoeing Conference in Ashville, N.C., during October, “no one wants to travel halfway around the world to an event and find out they can’t compete at the last minute.”

The good news, says the farrier from Chester County, Pa., is that shoeing for the team has come a long way and you won’t be asked to tackle those problems single-handed. Today, farriers are viewed as an integral part of USEF teams, and proper footcare is a priority.

Teichman, who has been working as a farrier for more than 30 years, has worked at two Olympics, two Pan American Games, several World Equestrian Games and at the European Open. He’s been shoeing for international events since the 1980s and has seen shoeing make great strides in that time.

Shoeing Under the Big Sky

Shoeing For The Long Run