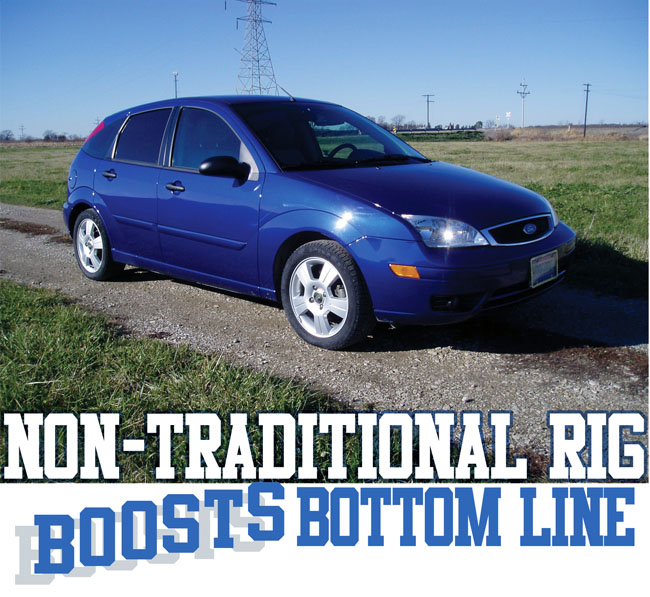 By Ron Perszewski posted on January 1, 2007 | Posted in Equipment

Dean Moshier shoes from the back of a Ford Focus subcompact hatchback. He drives a new, shiny blue one. Many of his customers have complimented the paint job, calling it “a happy color,” he says.

But it doesn’t paint the picture of the rugged, heavy-duty rig usually associated with shoeing. “I showed up to shoe people’s horses, and they thought I was kidding. They expect a truck when the farrier shows up,” Moshier admits. “If there’s a drawback to driving a Focus, you could say it’s the image.”

Forget image, or the idea that he doesn’t know any better than to shoe out of a subcompact. “I’m not a guy just starting out. I’m an established farrier who’s actually moved to a car,” says Moshier, of London, Ohio, 25 miles west of Columbus.

“I knew everybody might laugh at first, but I also knew that I’d be the smart one in the end,” he says.

With fuel prices skyrocketing, he wanted to downsize his rig to cut his operating costs and boost his profits. He considered the stylish PT Cruiser, but it doesn’t get the gas mileage he wants. When he chose the Focus instead, he knew exactly what he was…