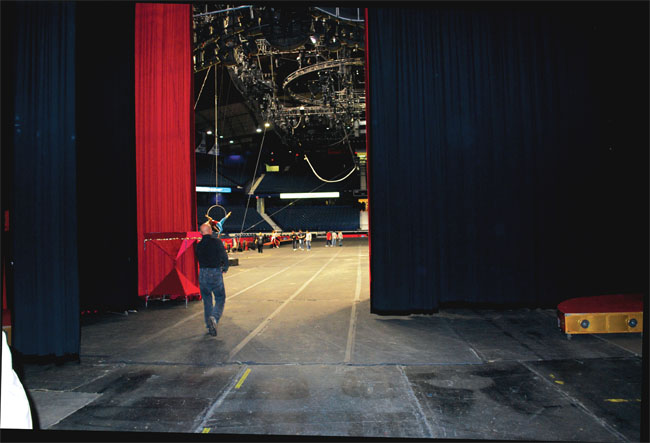 By Jeremy McGovern posted on March 1, 2009 | Posted in Education

Any boy worth his salt in snips and snails and puppy dog tails has dreamed of running away with the circus. For most of us, mortgages, car payments and other lackluster adult concerns eventually replace any aspirations we had of joining the circus. However, one farrier gets to live that dream every few weeks and return home without any repercussions.

Steve Wiberg has served as the farrier for the Ringling Brothers and Barnum & Bailey Circus for nearly 8 years. Shoeing out of Los Gatos, Calif., the graduate of the Pacific Coast Horseshoeing School (the institution his son will attend in June 2009) has a solid clientele and shoes a variety of horses ranging from dressage to draft.

It was by chance that the farrier began his relationship with The Greatest Show on Earth. Years ago, a veterinarian he knew was on-call for the circus when the show was in Northern California. Needing a farrier to replace a shoe, the vet called his friend, Steve. After his visit, the circus staff liked Wiberg’s work and, with the circus farrier retiring at the time, they offered him the position of farrier for the show.

Today, if a Ringling Brothers animal has a hoof, Wiberg is likely to work on it. Mostly, he trims ponies and shoes stallions and geldings used in the Cossack riding exercises. He also trims…

The Benefits of Pads and Packing in the Show Horse Ring