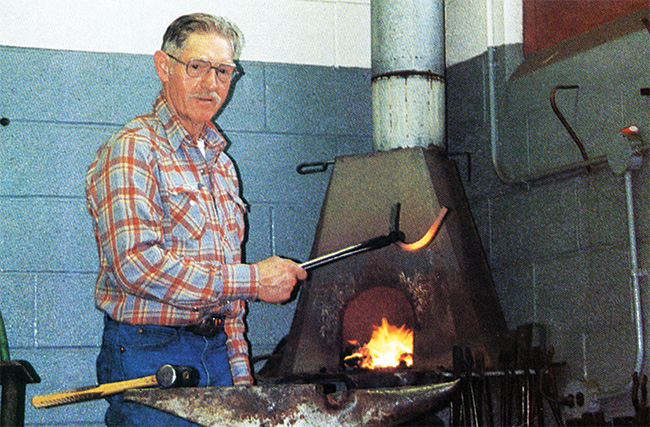 Farewell to a Friend

As I look back over the years I have been at Cornell University’s New York State College of Veterinary Medicine, I remember many faces that have left impressions in my mind. However, none has impressed me more and gained my respect like Marshall Conklin, Horseshoer. 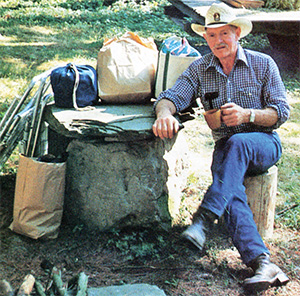 Buster relaxes at his cabin.

I first met “Buster,” as he perfers to be called, in April of 1981, shortly after being hired to do secretarial work in the Veterinary Medicine Teaching Hospital. I remember vividly how I had instant visions of “Popeye the Sailor” when I shook his hand — I had never seen such hands and forearms in my life! It wasn’t until later, when I owned my own horse, that I realized the skill and love for horses behind those graceful hands of steel. They were gentle but firm and patient with the most cantankerous old horse, the youngest stallion, or the largest Belgian. Buster’s quick wit and easy-going manner, along with his kindness and reassurance to even the most troubled clilnet, made it a pleasure for anyone who keeps his company.

Buster Conklin, without a doubt, loves what he does for a living. At age 22, he began working with the local farrier near Horseheads, N.Y., where he grew up on the family farm. He graduated from Michigan State University’s course in horseshoeing in 1951 and has been fitting shoes and correcting foot problems for horses of all sizes and shapes ever since. Buster began his own horseshoeing business, collected his…

A Fond Farewell to Two of the Industry's Best

A Salute to a Profession That's So Much More…

A Guide To Becoming A Stronger Professional