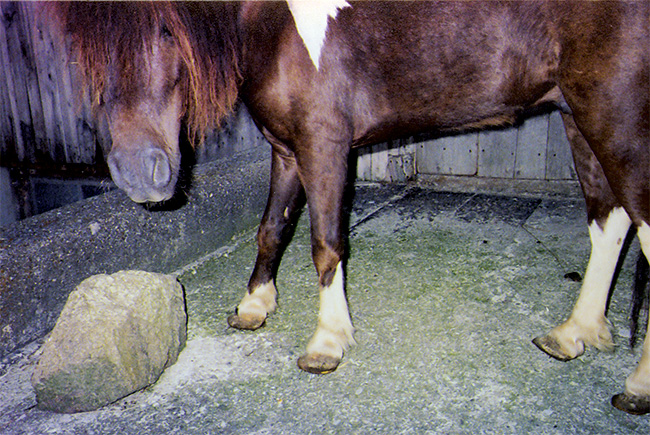 Back To The Basics In A Rescue Case

By Jeremy McGovern posted on December 1, 2011 | Posted in Shoeing

Recalling a case he saw nearly 20 years ago, a farrier keeps it simple to save a neglected horse

Trimming backyard ponies isn’t something Tony Guilmette typically does in his practice. Racing Thoroughbreds account for nearly all of the horses on the Woodbine Racetrack paddock blacksmith’s books. But a call for help back in August 2009, led the Ontario shoer to take on a pony that was in desperate need of hoof care.

The case began when Guilmette took a call from friends who became aware of a small pony housed at a nearby barn. They asked if he would come out to the barn and take a look at it. The farrier obliged, and headed to the small barn that only housed a few horses. There he found Floyd, a 5-year-old pony that likely never had a trim before. It was obvious from a distance that the overgrown hooves were limiting the horse’s ability to walk. His feet had severely grown out in the duckbill fashion typical of an ignored horse.

The problem for Guilmette began with the owners, novices who likely picked up the horse off of someone else who had ignored it.

“He’d already been neglected, and then these people didn’t really know any better,” he recalls. “They aren’t horse people — it was more of a pet thing. But then they let it go until they realized when the horse couldn’t walk, and were in big need of my help.”

The owners told Guilmette that a veterinarian had recommended the pony be put down. Disagreeing with the prognosis, he took on the case as…

A Pain in the Back End