Diehl and McLaren, who are both based out of northwest Colorado, teamed up to care for two horses that were suffering from severe cases of laminitis.

“I think without a successful vet-farrier relationship, managing the cases would have been — I don’t know if impossible is the right word, but certainly difficult,” Diehl says. “There’s such controversy about the right way to treat laminitis and we’re certainly not going to tell everybody that there’s only one way to do it or one method that’s effective.”

Each case involved applying a heart bar shoe, which has been a good choice in general. However, positive results aren’t always forthcoming.

“Over the years, we’ve found the heart bar shoe to be very effective,” she says. “But, we’ve had some areas that the shoe didn’t quite do what we hoped it would.”

The complexity of each case tried often left them questioning whether they were tacking the correct path. While one owner placed her full trust in the team, another often blamed them for the slow progress.

“It gave us both the opportunity to back one another up,” McLaren says.

The pair stayed the course in each case and enjoyed positive results.

Cody Gregory, an instructor at Heartland Horseshoeing School in Lamar, Mo., discussed how to select the correct keg shoes and modifications.

Passing Of The Gavel

The conclusion of the convention was marked with the passing of the gavel from outgoing president Margie Lee-Gustafsson to incoming president Tom DuBois.

“Freedom! Let freedom reign,” Lee-Gustafsson joked as she addressed the attendees. “I want to thank everybody for all the support you gave me, the executive committee, your board, your chapters and your chapter presidents. It was a great year. I’m very proud to have been president of the American Farrier’s Association.”

Before presenting Lee Gustafsson with the president’s gavel for her service, DuBois expressed his thoughts on assuming leadership and paid tribute to his predecessor.

“I can’t think of a group of people I would rather serve or serve with,” he says. “I want to thank Margie for her service and award her with the president’s gavel.” 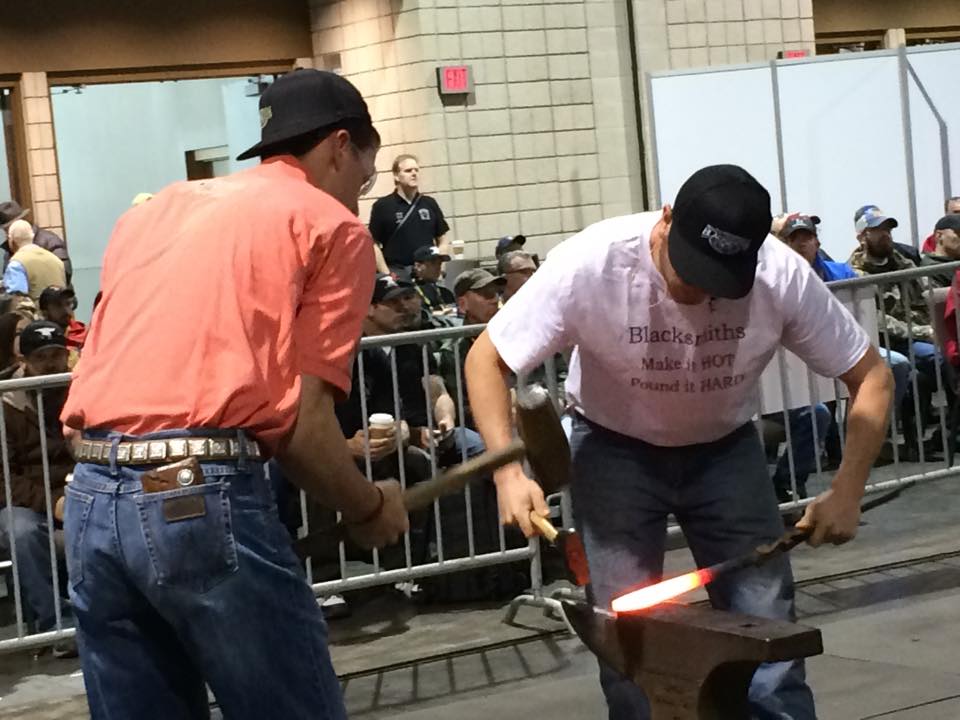 The AFA announced the winners of the National Forging & Horseshoeing Competition, as well as the 2015 American Farriers Team.

The passing of California farrier Jim Halverson was announced during the grand finale. Halverson, who owned Halverson Horseshoeing Supply, was a highly respected farrier and tool and shoe maker. As more information is released, American Farriers Journal will provide updates.

Why Heart Bars Work With My Foundered Cases

Plan For A Different Kind Of AFA Convention In 2001