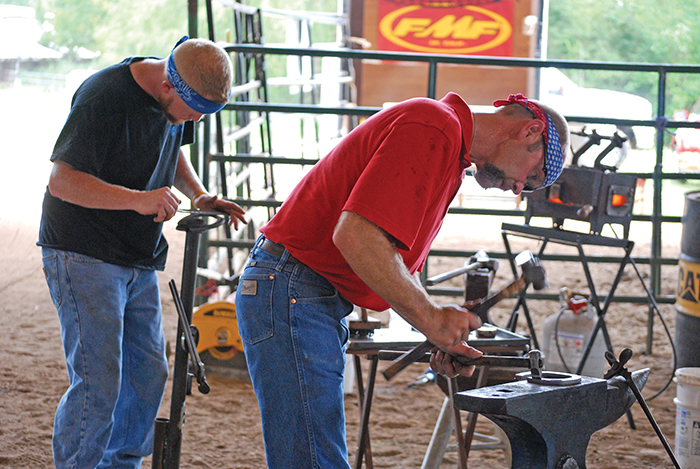 By Eric Gilleland CJF posted on January 1, 2013 | Posted in Education

The groups created this event not only to increase the total number of contestants, but to further the education and skills of participating farriers. The first leg of the event took place in September in Auburn, Ala., with Mike “Doc” Miller, of Harvest, Ala., as the judge. All contestants had to make shoes that fit a cadaver limb or live horse. Emphasis was placed on fitting the shoes, which is what farriers have to do on a daily basis.

The second leg of the contest was in Athens, Ga., in October with Drummond, Wis., farrier Roy Bloom serving as judge. The final leg took place in Ocala, Fla., with Steve Sermersheim, of Danville, Ill., Hank Highfield, of Ladoga, Ind., and Sam Gooding, of Richmond, Ky., presiding as judges.

Over 30 contestants from seven states participated in the Triple Crown with the top 10 in each division winning tools donated by sponsors. Next year’s event will kick off in Florida in September. For more information on the series, visit www.southeasterntriplecrown.com 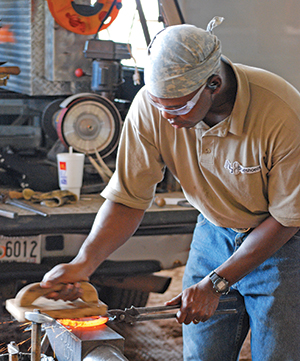 Larry Williams, of Dahlonega, Ga., at the anvil. 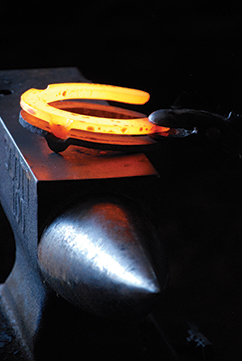 Practical, everyday shoeing was the theme of the 2012 Southeastern…

Eric Gilleland has been shoeing horses of all disciplines for more than 20 years. He’s co-owner of Bent Tree Forge, a multi-farrier practice in Social Circle, Ga.