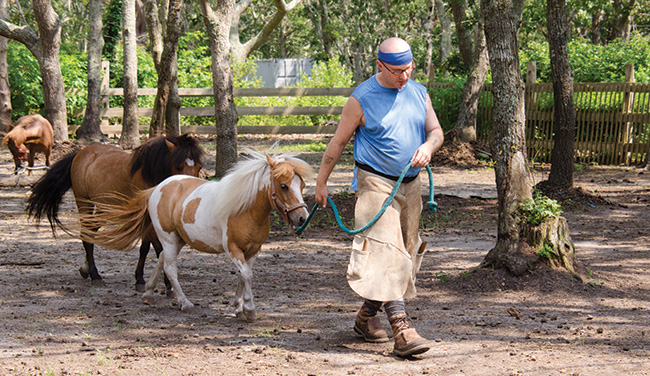 By Frank Lessiter posted on November 1, 2013 | Posted in Shoeing

The early morning manager of a coffee shop. A fire department emergency medical technician. A drummer in a local band. A weekend cook for a catering company.

And ... a part-time farrier as well as a horse owner.

All of these jobs are part of Scott Hershowitz’s weekly summer routine that starts at 2:45 a.m. when he gets up for a 9-hour morning coffee shop gig. Some nights run as late as 1 a.m. when he’s pounding the drums in a cafe or bar with a local band or even later when he is out on EMT calls.

The island stretches 25 miles from east to west, 9 miles from north to south at its widest point and includes a half-dozen towns. A year-round population of 16,535 jumps to over 100,000 during the summer tourist season. More than half of the island’s 14,000 homes are summer residences. 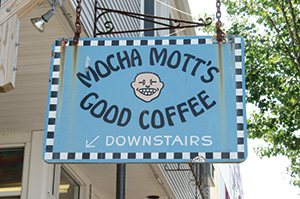 Hershowitz starts his long summer days at 3:30 a.m. by heading to work for a 9-hour shift at this local coffee shop.

Living on the island isn’t cheap, as everything costs more. A study by the Martha’s Vineyard Commission found island living costs run 60% higher than the national average, with housing being 98% higher. When a gallon of gas costs $3.65 on the mainland, it’s often as much as $5.85 per gallon on the island.

Find A Place For Synthetics In Your Shoeing Arsenal