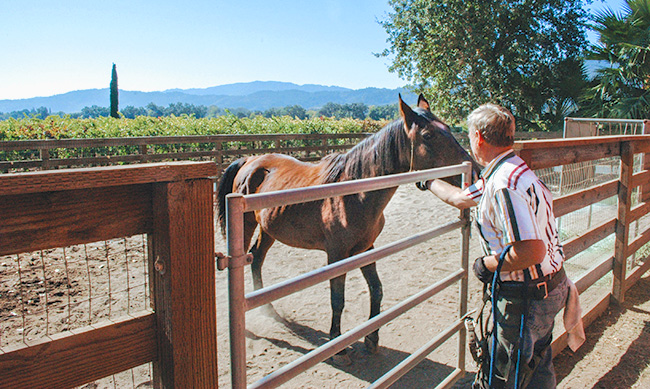 Farrier Matt Frederick works on a front foot of a horse in California’s Napa Valley, the center of the California wine country.

Farriers come into the business in many different ways and from many different fields. But Matt Frederick, who shoes in Napa Valley, Calif., may come as close as any to having a unique beginning.

Frederick came to horseshoeing with a bachelor’s degree in history, from a career in the restaurant business and with an interest in architecture. 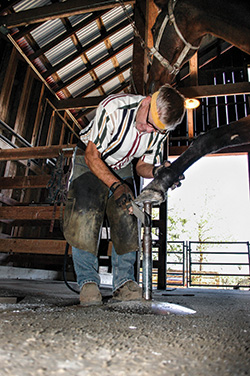 Farrier Matt Frederick works on a front foot of a horse in California’s Napa Valley, the center of the California wine country.

“Susan was looking at a couple of books about horseshoeing and she said, ‘This is something you should look into,’ ” Frederick recalls.

When he did, he soon found he was seeing related shapes within the hoof, something that had always fascinated him about architecture. He did some more reading. He talked with his own farrier, then went to school, first in Oklahoma, then at the Pacific Coast Horseshoeing School, where he learned under Bob Smith.

He hasn’t put down his hoof knife since — or stopped learning more about hoof care.