International Horseshoeing Hall of Fame member David Wilson, BEM, FWCF, passed away March 7, 2022, after a brief illness, his family announced on Facebook. He was 85.

“He was an inspiration to many and will leave a huge gap in all our lives,” the family states, noting that funeral arrangements are pending.

For more than 200 years, members of the Wilson family have been shoeing horses at St. Andrews, Scotland. A sixth-generation farrier, David Wilson has spent his life shoeing Clydesdales and other horses in eastern Scotland. The family tradition continues in an eighth generation with his grandson Josh. 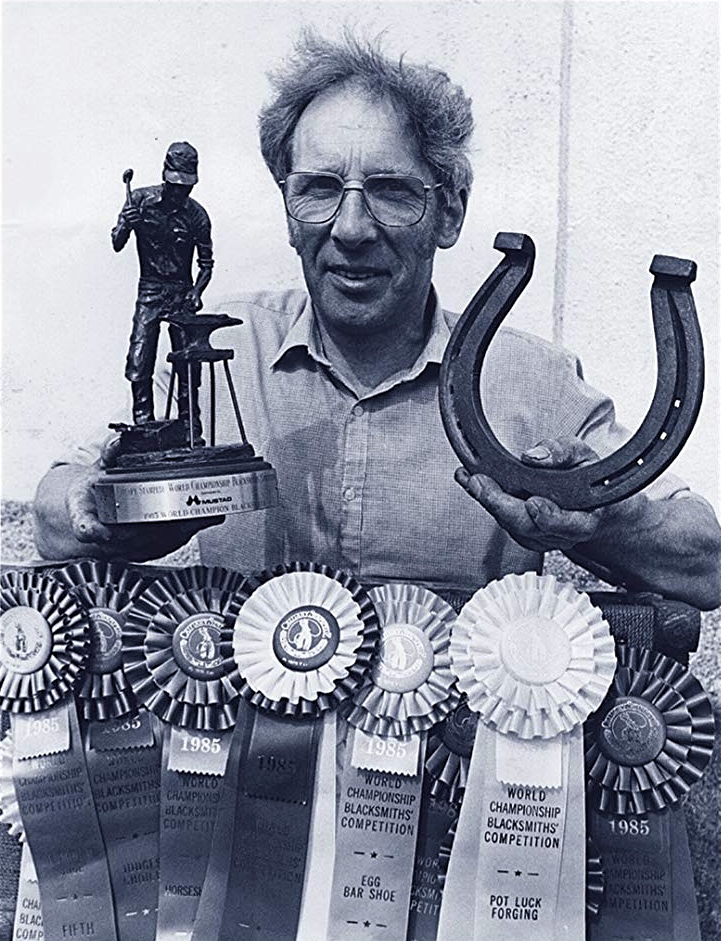 Wilson has judged four times at Calgary, at many other contests and has given clinics around the world on his heavy horse shoeing skills.

Wilson is a Fellow of the Worshipful Company of Farriers, an examiner for the British Farriers Registration Council, officer of the National Association of Farriers, Blacksmiths & Agricultural Engineers and a member of the American Farrier’s Association. In 1983, Wilson was presented with the British Empire Medal for outstanding services to farriery in Scotland. He served as the president of the British Farriers and Blacksmiths Association from 1995 to 1997 A memoir of his life, “Sparks From the Smiddy, The Life Of A World Champion Farrier,” was published in 2015.

He was inducted into the International Horseshoeing Hall of Fame in 1995.