One year after Kwantlen Polytechnic University’s advanced farrier-training program was put on the budgetary chopping block, a revamped curriculum has been given the green light by the institution’s senate. Classes begin Oct. 26, 2020.

Gerard Laverty, KPU’s farrier instructor, revamped the 30-week program to include 360 hours of built-in practicum and another 1 ½ months of field work. Laverty’s goal is to produce useful helpers for farriers who need apprentices and willing to provide further practical training.

“I designed it with an eye toward eventually having a full-blown apprenticeship for farriers in Canada,” he says. “The student will be going out for 6 weeks with a farrier in the field after 16 weeks of being in the shop here to get those basic skills so that they can pull shoes, clinch, finish off nailing and maybe do a barefoot trim.”

KPU’s farrier program has come a long way from the brink of elimination in just a short 12 months. Three months after the announcement that it would be closed down, the school reconsidered its position because of a strong letter campaign. 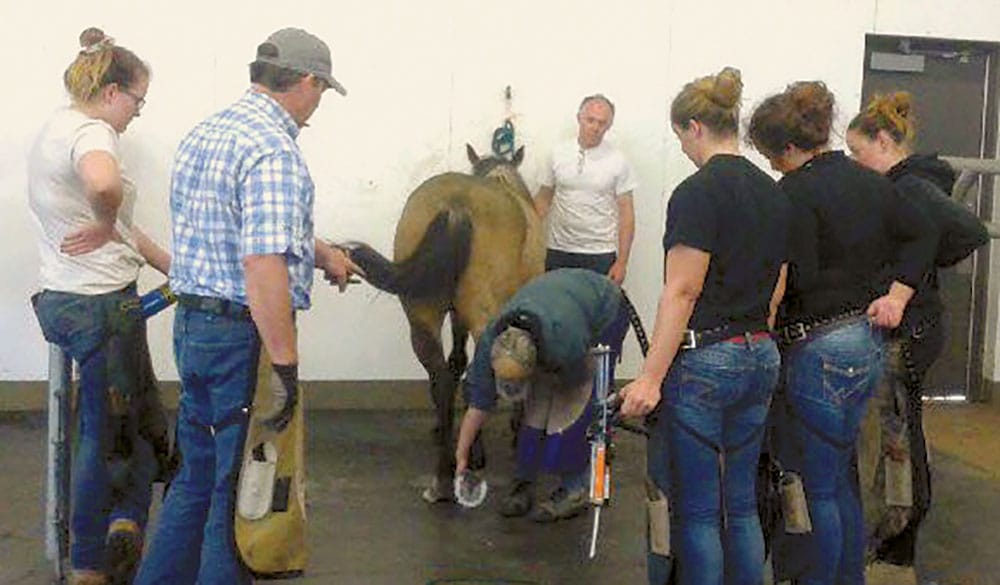 The international farriery community has lost a giant in its community.

Bradbury was a highly decorated farrier. He was a master farrier of the…

Clinic at The Blacksmith Shop