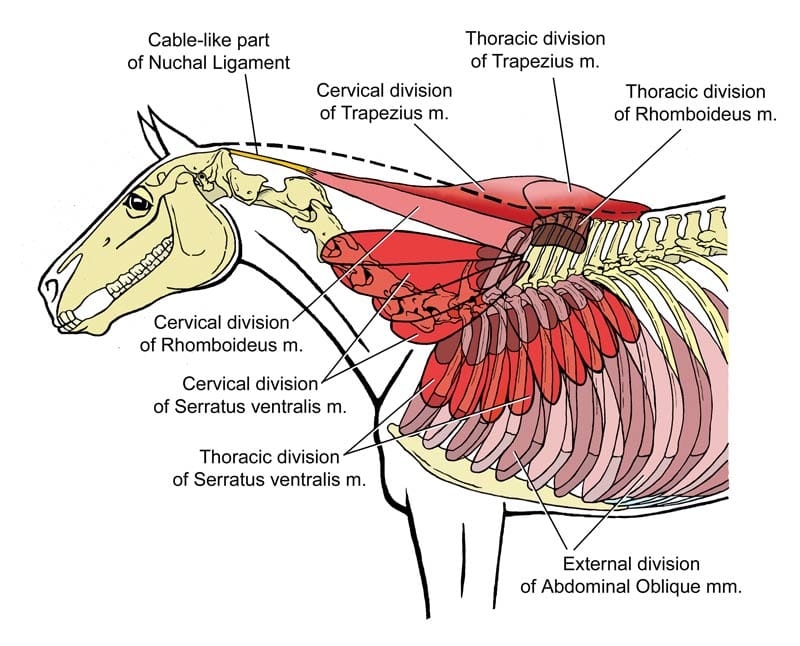 In the fourth in this series, Dr. Deb Bennett illustrates the relationship between the horse’s forelimb and the body. 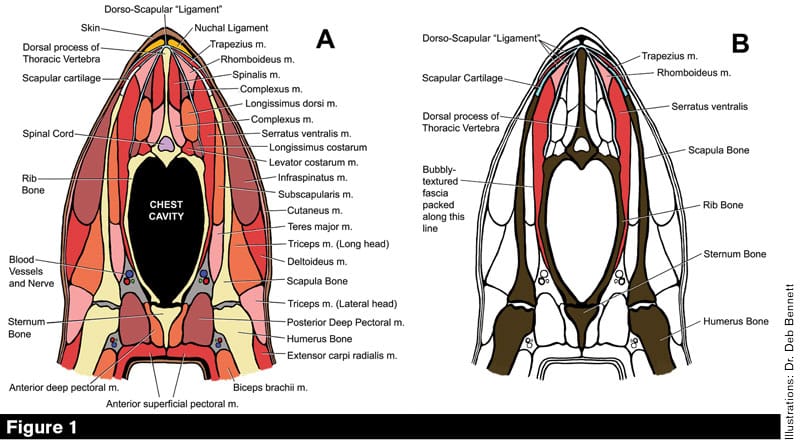 Cross sections of the equine thorax cut through the body at the level of the withers. The bones and muscles are labeled. In View A, muscles are in various shades of red and orange, loose connective tissue is gray, bones are yellow, nuchal ligament is gold, scapular cartilages are green and the DSL is in blue. View B is a simplification, with bones in dark brown for emphasis, and only those muscles that attach to the DSL are colored. Note how the forelimbs hang off the DSL. The plane where “bubble wrap” fascia is found is marked.

A cross-section cut through the horse’s thorax reveals that the equine rib cage is far from being a round barrel (Figure 1). Instead, it is shaped like a peach leaf: pointed at the bottom, with rather flattened sides. Slapped up against the flattened surface formed by the rib cage is the scapula, and the junction so formed is the connection between the horse’s forelimb as a whole and its body.

Premium content is for our Digital-only and Premium subscribers. A Print-only subscription doesn't qualify. Please purchase/upgrade a subscription with the Digital product to get access to all American Farriers Journal content and archives online.
KEYWORDS forelimb lameness sore shoulders on a horse why is my horse lame

Equine Reciprocating Systems: Do You Know the Nuts and Bolts of the “Orthopedic Trim?”