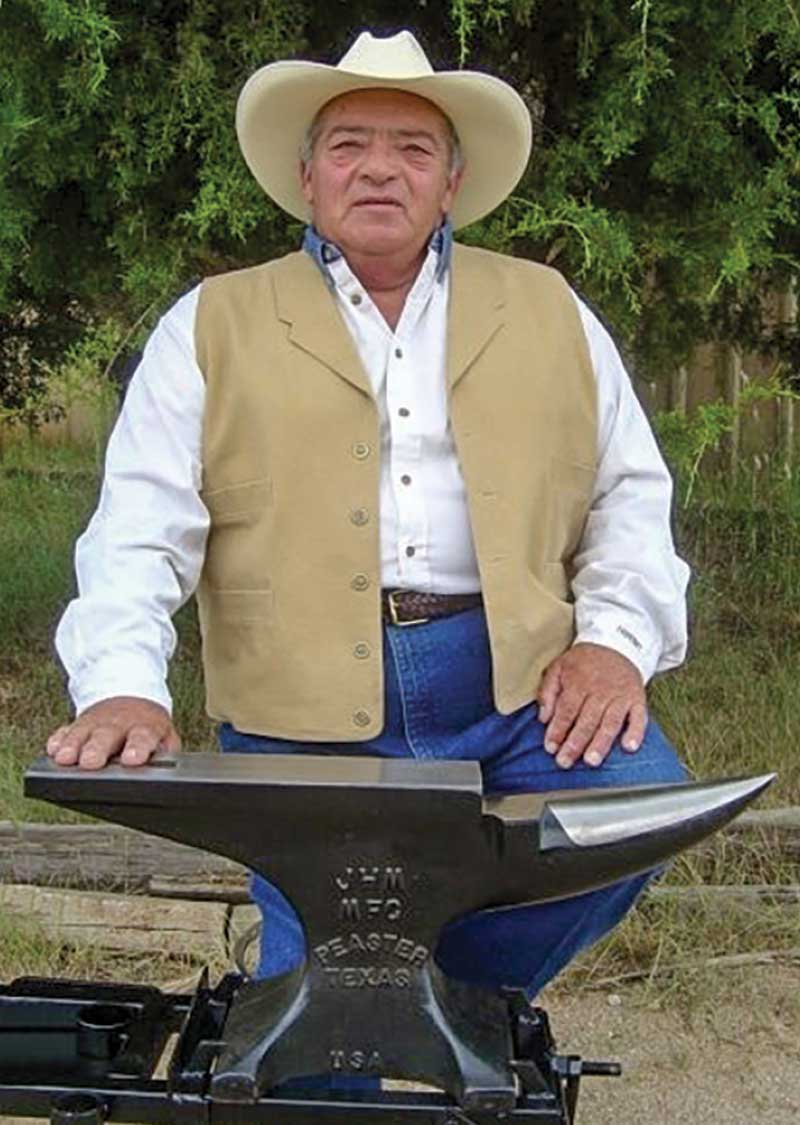 Marino began his farrier career at age 12 in Staten Island, N.Y. He worked as a stable boy before working the bellows of the local preacher’s forge, according to the Brotherhood of Working Farriers.

When Marino returned from the Air Force many years later, he apprenticed under a farrier with whom he learned traditional horseshoeing of shaping iron bars. When his mentor died, Marino built up his own business. Later, he went on to study at the University of Arizona Farrier’s School. There, he studied under Donald Canfield, an expert in corrective shoeing.

Shoeing was not all that Marino en­joyed in his former years. He enjoyed riding in rodeos, roping and bull riding. In 1980, Marino moved to Texas and later opened Across the Anvil Farrier Supply store in Peaster. During this time, he revolutionized the anvil by creating JHM Manufacturing. As he grew older, he sold his anvil line to Anvil Brand Shoe Co. in Lexington, Ill.

Marino’s support of the farrier industry goes beyond just shoeing horses and making anvils. An active member of the Texas Professional Farrier’s Association (TPFA), American Farrier’s Association and the Brotherhood of Working Farriers, Marino also opened his shop weekly to invite young farriers to learn from him.

With his long-standing contributions to the farrier world, Marino was in­ducted into the Brotherhood…

Premium content is for our Digital-only and Premium subscribers. A Print-only subscription doesn't qualify. Please purchase/upgrade a subscription with the Digital product to get access to all American Farriers Journal content and archives online.
KEYWORDS JHM Anvils John Marino Texas Professional Farriers Association