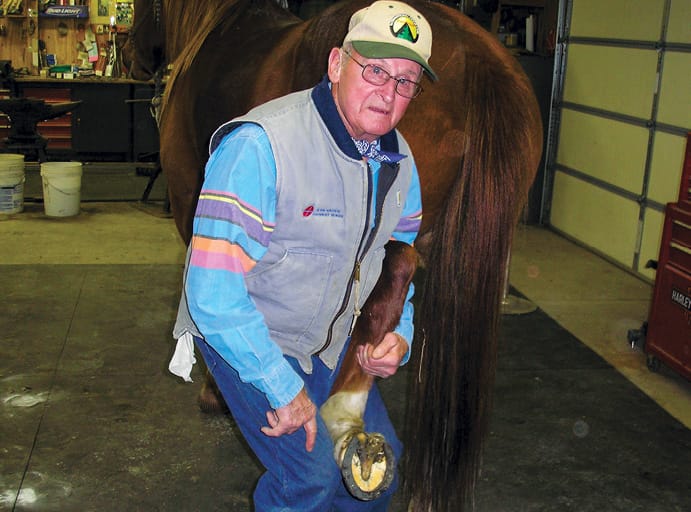 Pictured Above: Dick Harris always had time to help others, whether it was through teaching, mentoring or lending a hand. Photo: Ray Legel

Renowned farrier and member of the International Horseshoeing Hall Of Fame Dick Harris passed away Oct. 25, 2018, at the age of 90. He helped found the Iowa Professional Farriers Association (IPFA), where he served as president and vice president and on the board of directors.

Harris was well known for his ability to work with metal. His clients valued his craftsmanship and trusted his expertise. If they moved away, Harris would ship them shoes. He was inducted into the International Horseshoeing Hall Of Fame in 2000.

Harris was an above-and-beyond type of farrier. He will be greatly missed by many. To honor his legacy and contributions to the industry, we would like to share tributes and memories other farriers have written about him.

One Of A Kind

Dick was an IPFA Honorary Lifetime Member. He held a workshop at his place every February for many years, known as the South English Classic. The morning was filled with demos by him and other IPFA members. The afternoon was a contest with everything from roping steer horns while sitting on a saddle mounted on two bales of hay to sledgehammer toss, ring toss and lastly, shoe making.

The one I remember most was when Dick gave us the challenge to make a creased shoe with six nail holes, heel caulks and side clips. Each segment of the contest…