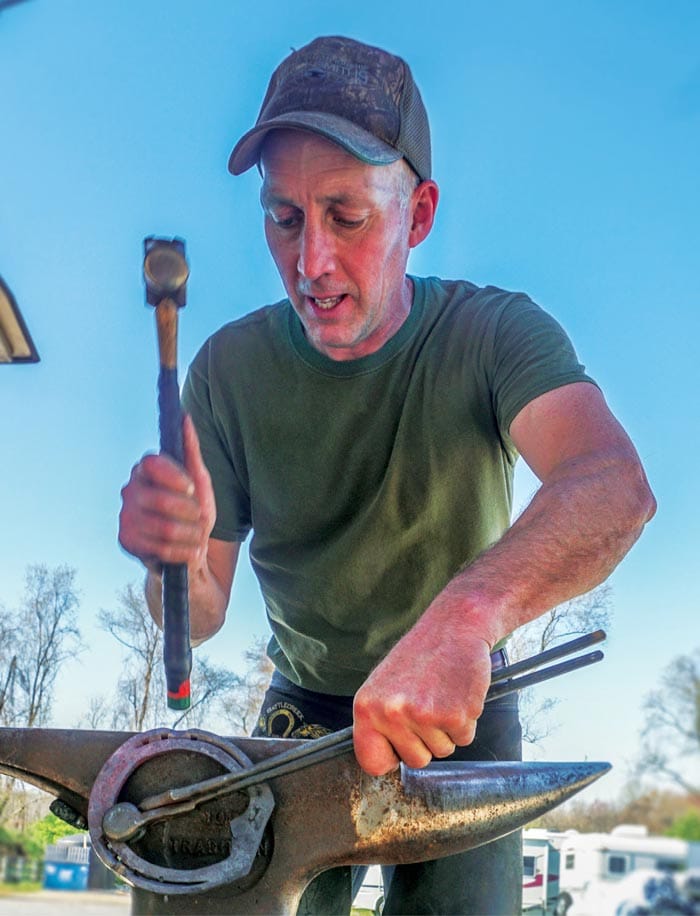 Waging The Battle Against Distortion

After 30 years as a farrier, Pennsylvania shoer Doug Neilson finds his everyday work has evolved by becoming more straight-forward in his approach

Doug Neilson never set out to be an eventing farrier. He rode show hunters when growing up on Long Island, N.Y. After meeting his wife Ann in college, they married and lived in Delaware, where she came from. He did know he wanted to be a farrier, and attended Meredith Manor Horseshoeing School in Waverly, W.Va.

“Of course, I thought everyone would be beating down my door after I graduated so that I could shoe their horses,” he says. “I was wrong.”

While waiting for those clients to make their way to his door, Neilson went to a nearby state park that had stables to see if he could earn some money mucking stalls. Here, he met his first mentor, Darren Quaintance, whom he apprenticed under. Over time, as his skill grew and Quaintance wanted to stop driving so far, Neilson began picking up more accounts.

By chance, he began shoeing for Bonnie Mooser, who eventually became a 4-star rider. He then began picking up more eventing clients.

“Then I met Phillip Dutton and worked for him, and the next thing you know I’m shoeing mostly eventing horses. I guess it just found me. It became what I knew and what…

Arming Yourself For The Battle With Laminitis

The Effect of Nail Placement on Hoof Capsule Distortion

Using Wood To Win The Fight Against Laminitis