Museum Goes Through With Controversial Sale Of Rockwell Paintings

Despite controversy surrounding the decision to sell a number of Norman Rockwell’s paintings, the Berkshire Museum sold several of his works today including Blacksmith’s Boy — Heel and Toe at a Sotheby’s auction today in New York.

An as of yet unidentified person or organization bought the painting, also known as Shaftsbury Blacksmith Shop for $8,131,000. The auction also saw the sale of William Michael Harnett’s painting The Golden Horseshoe for $325,000.

The museum reportedly sold another Rockwell painting, Shuffleton’s Barbershop, in April to an unidentified museum.

These notable paintings were sold in an effort to raise money and keep the struggling Berkshire Museum open. When Berkshire first announced its intention to auction off the paintings in February, it was met with immediate backlash. 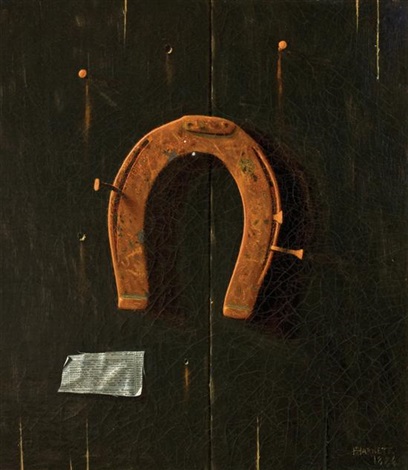 “This is a betrayal,” says Geoffrey Rockwell, 58, the eldest grandson of Rockwell.

According to the family’s lawyer, the Rockwells had hoped the museum would follow Supreme Judicial Court Justice David Lowy’s suggestion to sell the art to public institutions so that they could still be viewed by the public, rather than an auction with private buyers. Lowy ultimately upheld the museum’s right to sell the painting at auction.

By selling these notable paintings, even with so much backlash from the public and the Rockwells themselves, the Berkshire Museum hopes to improve their building and shift the focus of the museum in an effort to stay afloat.

Blacksmith’s Boy — Heel and Toe originally appeared in the Nov. 2, 1940 issue of The Saturday Evening Post with an Edward W. O’Brien short story of the same title. The story spins the tale of a horseshoe forging contest from the perspective of a local blacksmith’s son. “Pop,” the protagonist of the story, is a seasoned blacksmith who takes on the McCann, a younger blacksmith who is undefeated as he competes from town to town.