The sheriff’s office was alerted to the situation by a resident in the Terrebonne area. After performing a welfare check Saturday, the authorities, with the help of volunteers, began to remove the horses from the property the following day.

“We had an incredible number of volunteers with vehicles, time and trailers,” Sgt. William Bailey told KTVZ. He added that he and other members of the sheriff’s office appreciated the assistance of the Pet Evacuation Team and Mustangs to the Rescue, who helped organize the volunteers.

Removing the horses from the property of 67-year-old Linda B. Stream proved to be a difficult process. Many of the horses were in such poor condition that they could barely move without obvious physical discomfort.

“He’s dirty because he lays down a lot,” Deputy Laura Conard told The Bulletin, referring to one horse that had hooves that were neglected to the point it was no longer able to walk.

A veterinary team and two farriers were called in to assess the horses’ conditions and to take care of their hooves. For some of the extreme cases, farriers reportedly had to use Sawzalls and grinders to trim the overgrowth. Many of the horses’ hooves hadn’t been trimmed in so long that they had begun curling up and back towards the horses’ legs. 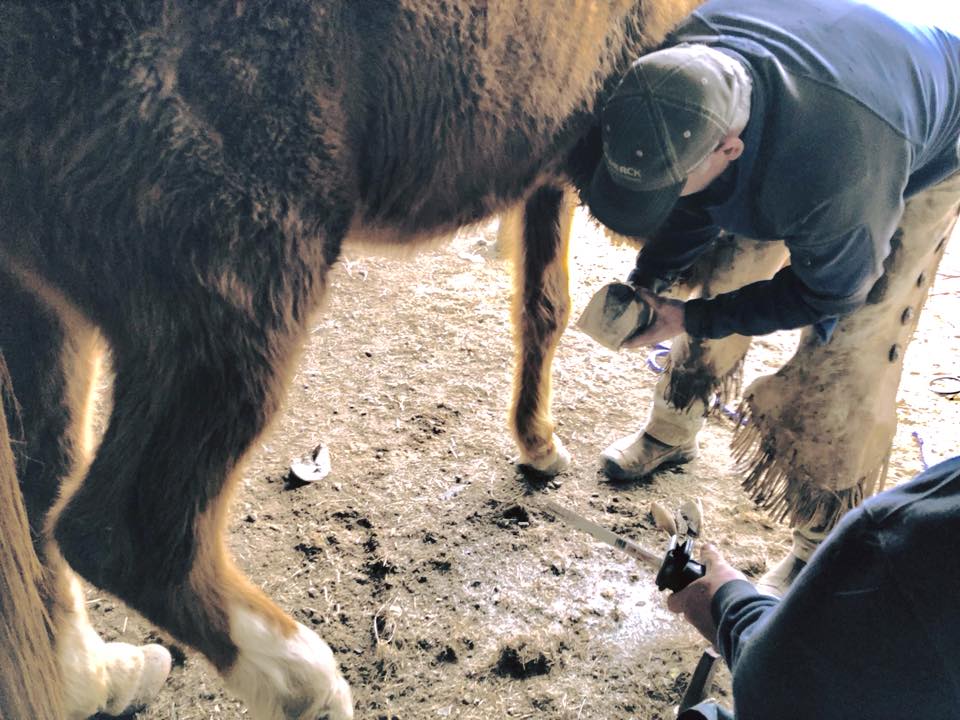 A farrier examines a horse's foot after trimming the overgrowth with a Sawzall. Photo: Deschutes County Sheriff's Office

Although many of the horses are undergoing recovery at the Deschutes County Sheriff’s Office Rescue Ranch in Bend, Ore., others didn’t survive long past their rescue. Eight of the horses had to be euthanized March 26 due to the extensiveness of the neglect.

“Eight of the horses we removed had long-term hoof neglect that led to severe abnormalities and excessive hoof wall growth, causing severe pain, arthritis and laminitis,” Bailey said in an update released March 27.

Prior to the horses’ removal, Stream had two other horses euthanized.

Stream and Christina J. Hart, the 41-year-old caretaker who worked for her, were both arrested and charged with counts of Animal Neglect I — Felony. These counts each allege that neglect occurred to 10 or more animals under the care of Stream and Hart. They will appear in the Deschutes County Circuit Court in April.

On Tuesday, the sheriff’s office published a post on Facebook addressing the community’s queries about how these horses can be helped in their recovery. The sheriff’s office encourages anyone who wishes to make a monetary donation to visit sheriff.deschutes.org. Anyone who would like to donate hay or feed should contact the main office at (541) 388-6655.

Several horses have had to be euthanized due to the lack of care. However, the remaining animals will be up for adoption sometime this fall. They are currently staying at the Deschutes County Sheriff’s Office rescue ranch.

Sentencing for the two women will take place in October 2018.