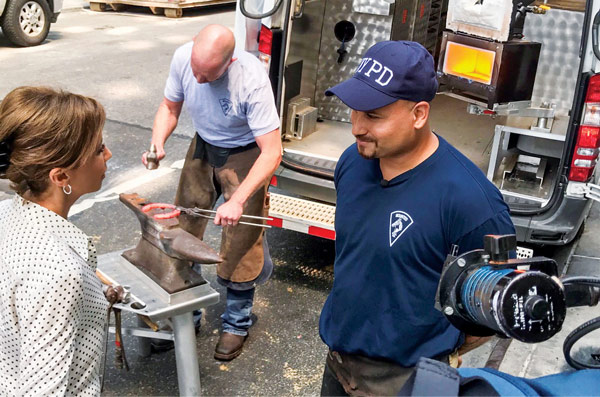 As part of a $100,000 upgrade, farriers now go to the New York Police Department Mounted Police Unit’s horses to keep them on patrol.

The unit has two full-time farriers, Marcus Martinez and Thomas Nolan, who put new shoes on the horses every 2 to 3 weeks.

Officer Joseph Tomeo adds, “We’re really confident these guys are great at what they do. Top notch. They can get us right back out there.”

A recent epidemiological study found an unexpectedly high rate of hoof disorders in the Netherlands.

Researchers randomly chose 1,000 horses and found that 85% of them had at least one visible hoof disorder during a regular farrier visit, according to the study, “Cross-sectional study of the prevalence of and risk factors for hoof disorders in horses in the Netherlands.” Most of the disorders…