Everyone Make A Date For Kansas City

By Patrice Comstock posted on December 1, 2000

Farriers from all over America will converge on Kansas City from Feb. 28 through March 3 for the annual American Farrier’s Association Convention. But don’t let the winter time frame fool you—Kansas City nightlife is hot all year-round.

Kansas City’s 18th and Vine Historic District came alive with the sound of American jazz in the 1920s and ’30s, helping to launch the careers of such legends as William “Count” Basie, Charlie Parker, Ella Fitzgerald, Jay McShann and Big Joe Turner.

Behind the protection of mob boss Tom Pendergast, alcohol flowed freely in Kansas City throughout the Prohibition era and jazz musicians flocked to the more than 100 night clubs, dance halls and vaudeville houses that remained open as others around the country closed their doors.

Jamming The Night Away 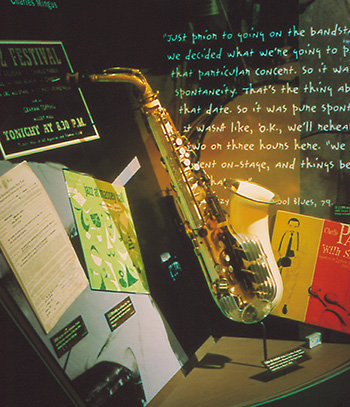 LEGENDARY HORN. The saxophone of jazz great Charlie “Yardbird” Parker is among the items on display at the American Jazz Museum in the 18th and Vine Historic District.

The best of these traveling musicians would showcase their talents in late night jam sessions, gathering with the local talent in all-night sessions that became a Kansas City staple. The sessions gave musicians a chance to try out new techniques and trade ideas that helped create numerous new musical styles.

The 1940s saw many of the clubs close down as musicians were drafted during World War II, but jazz never died in Kansas City. It lives on in the many clubs that now thrive in the 18th and Vine District.

Spotlight On Footcare: Colorado Classic Gives Everyone A Chance To Participate

Back To Basics: A Farriers Foundation Built For Success Set