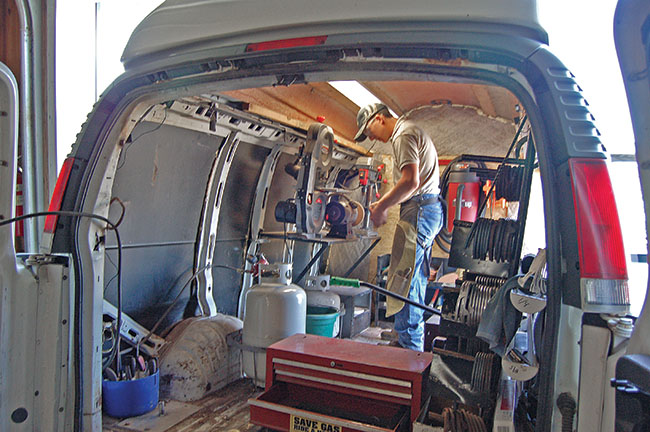 New legislation allows farriers to immediately depreciate as much as $500,000 of the cost of any property placed into service in 2015 and 2016.

In the waning days of 2015, President Barack Obama signed into law tax breaks that benefit farriers.

The $622 billion Protecting Americans from Tax Hikes Act of 2015 includes several provisions that helps those in the horse industry, including the Section 179 business expense deduction.

The business expense deduction allows anyone in the horse business to immediately depreciate as much as $500,000 of the cost of any equipment, trucks, etc., that’s purchased and placed into service in 2015 and 2016.

“The 179 expense deduction is a real stimulus to the $102 billion horse industry and will support thousands of jobs,” says Jay Hickey, president of the American Horse Council, which has aggressively lobbied Congress on this and other legislation that benefits the horse industry. “And it applies to all depreciable assets used in the horse industry.”

In recent years, it’s been an annual question mark whether Congress extend the deduction. The latest law makes the provision permanent. The deduction previously had been set at $500,000, but was reduced to $25,000 for 2015.

Financial Issues that Farriers Should Consider