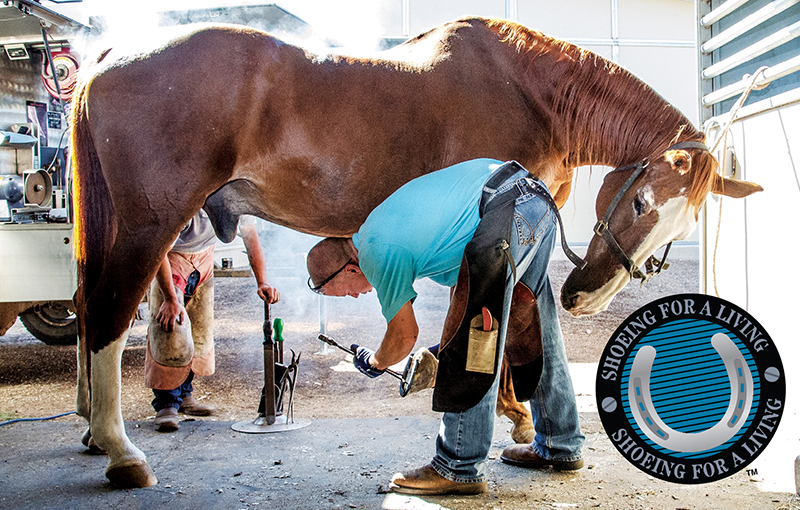 By not focusing on particular disciplines, Arizona farrier Chad Lunderville has been able to grow his footcare practice over the past 20 years

During the 10 years of his childhood living on a Wisconsin dairy farm, Chad Lunderville had a clearer path for working with cows than horses. Tired of the brutal winters that hampered the dairy operation, his family moved back to Arizona, where horses gained the younger Lunderville’s attention.

While in college years later, he took a semester course on footcare, hoping to learn enough to be able to tack on a shoe in case his horse lost one. He showed an aptitude for it, and began working with the instructor outside of the classroom.

When his friend’s farrier failed to show up, Lunderville was recruited to shoe the horse. Soon word got around and he started receiving requests from other footcare clients despite his lack of experience.

“I wasn’t very good at shoeing — at all,” he says emphatically. “But I was good at showing up on time and finishing the job.”

As a full-time shoer by the mid-1990s, Lunderville eventually improved on the skill and knowledge. The concept of focusing on the customer remained a core value of his practice. On this “Shoeing For A Living” day, Lunderville showed his approach for keeping those clients’ horses sound.

5:28 a.m. When I walk outside the hotel on the outskirts of Tucson, Lunderville is waiting for me. He prefers an early start to the workday — it is his way to beat…