Is The Saddle The Problem?

Unless farriers have the opportunity to see the horses they are shoeing while being ridden, they will be blind to the problems that ill-fitting saddles cause.

It is not necessary to be a master saddle fitter to determine that a saddle doesn’t fit properly. However, understanding the general principles of saddle fitting will help farriers either confirm or eliminate that as a problem. This determination is important to avoid unnecessarily changing shoeing and trimming to fix a problem that’s caused by something else.

Many times farriers are blamed for lameness or movement problems that are being caused by a poor fitting saddle. These problems are:

An improperly fit saddle can also put the rider in an unbalanced position, which can cause movement problems and lameness. For example, a saddle that pitches the rider backward will eventually cause back problems, which will change the hind end stance. 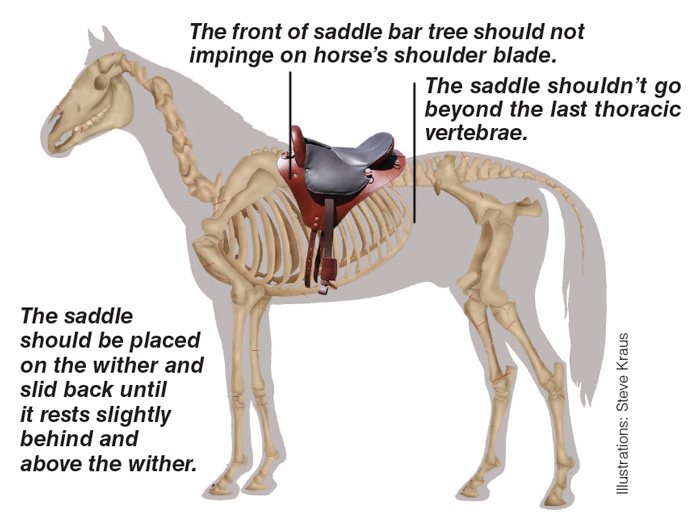 A saddle that fits well should not have any negative influence on how a horse moves. It should not leave any rub marks or uneven sweat patterns. It also should keep the rider in a balanced position. A saddle that…